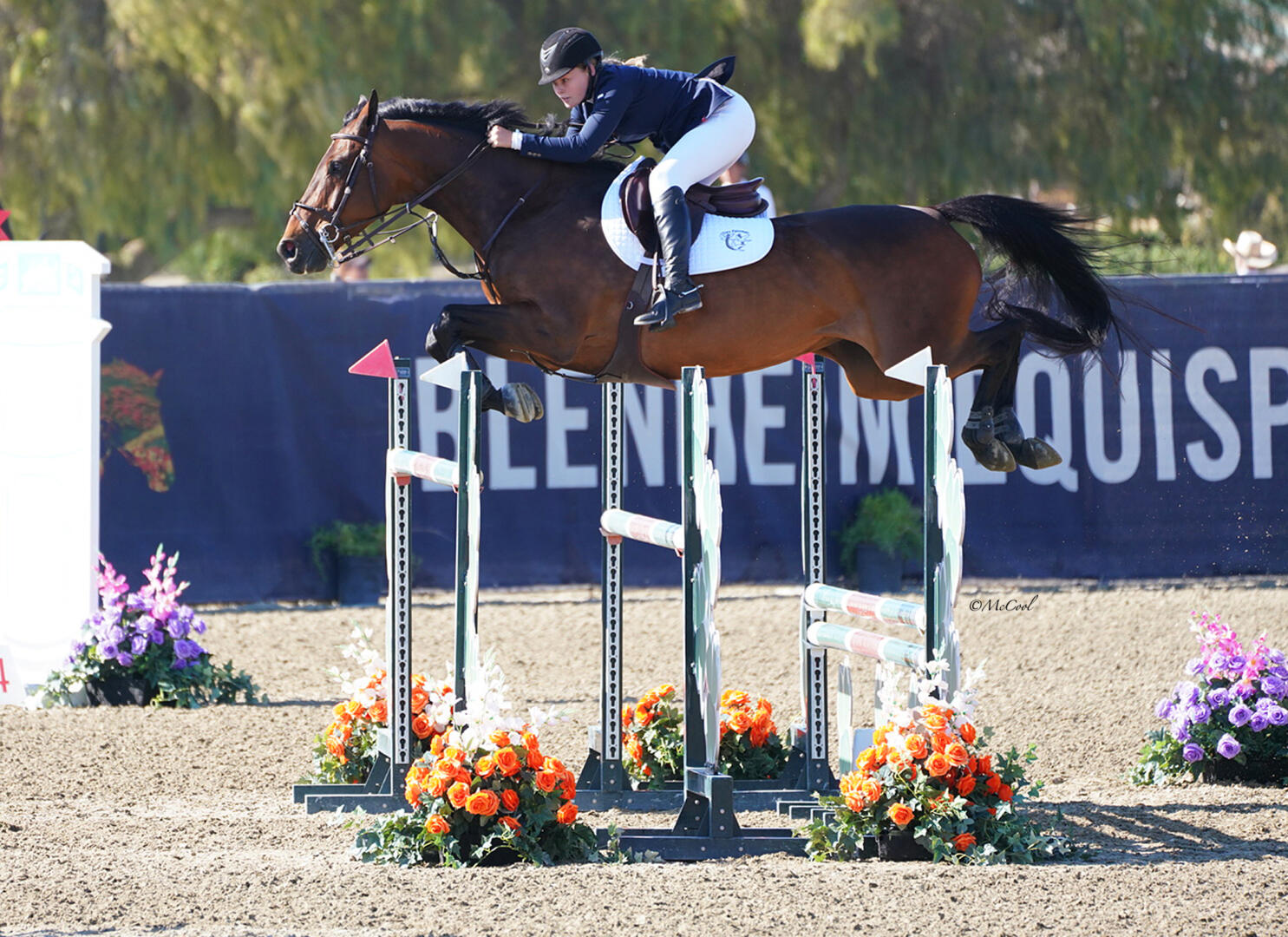 Loly, 20, and the 16-year-old Holsteiner mare were one of five entries from the 22-horse starting field to advance to jump-off over the short course designed Ivan Tagle of Argentina. When Loly returned to the ring, the time to beat had been set 39.886 seconds by Lindsay Stefanko and Afriko, and with two fast riders still to follow, Loly knew she needed to crank up the speed and put the pressure on.

“My strategy was to make the riders after me have to go really fast as well, and I feel like I did that pretty well!” said Loly, who ultimately flew over the final Horse Hair Analysis oxer and through the timers in a winning 32.211 seconds. 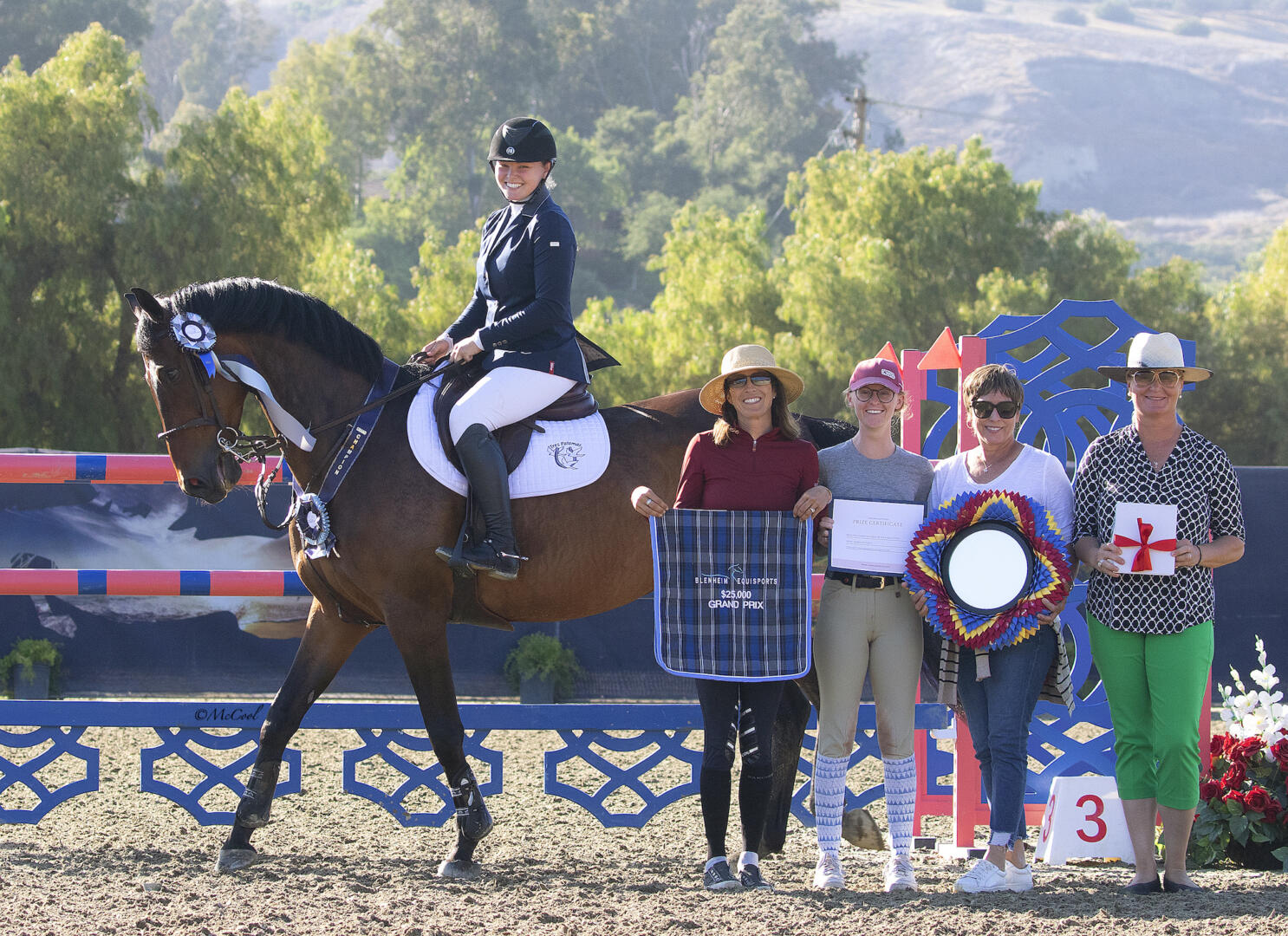 Hannah Loly and Quitana 11 in their winning presentation for the $25,000 June Classic II Grand Prix. Photo by McCool Photography

Edging in between Loly and Stefanko for second place with a time of 35.508 seconds was Karrie Rufer riding Stern Dei Folletti, owned by Morning Star Sporthorses, LLC. With Stefanko and Afriko, owned by Abbey Lane Farm Inc., taking third place, the fourth award also went to Rufer, this time aboard Mr. Europe.

“I think we produced very nice sport – a good test for riders and horses and a really nice show for the public; I’m very happy to be here,” said course designer Tagle. “[Hannah] rode incredibly – really fast with really nice turns. I think she deserved the prize.”

For Loly, the natural speed of the mare that she has been partnered with for more than two years was the key to success.

“She’s extremely fast, so to have her in the jump-off today was really lucky – especially when we had a lot of other fast riders,” said Loly, who trains with Keri Potter and who just completed her sophomore year as a Mechanical Engineering major at Tufts University. 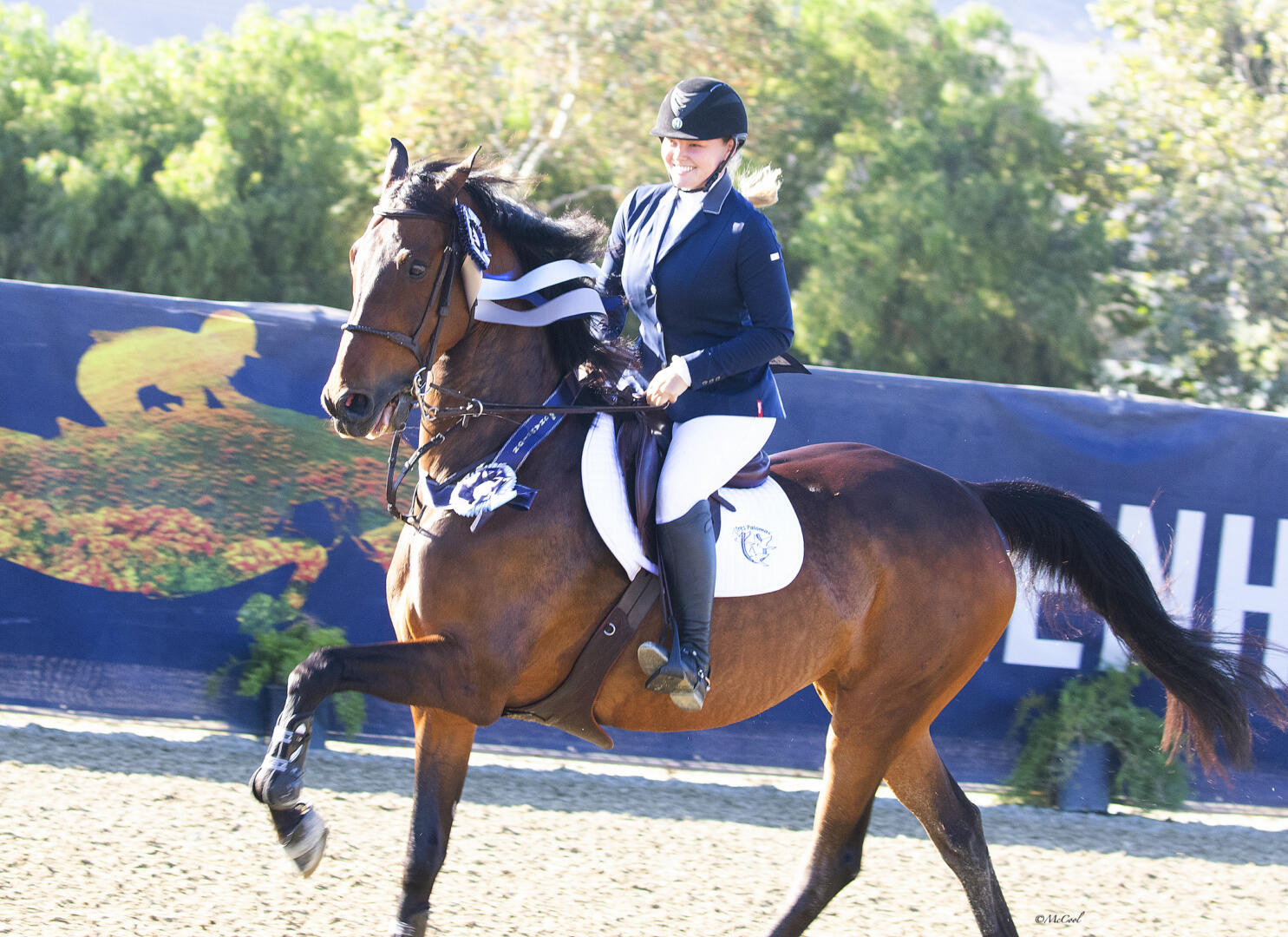 For the win, owner Tres Palomas was presented with a Blenheim EquiSports coolerette, and a $50 Top Line Design Ribbon Wreaths gift certificate. As the winning rider, Loly received a Shady Lady face covering, an $80 gift certificate to Riderzon, and riding gloves from American Equus.

As an under-25 rider, Loly was also named the winner of the U25 Classic held concurrently with the grand prix. For full results of Saturday’s $25,000 June Classic II Grand Prix, click here.

Also earning a featured jumper victory during the June Classic II were Hillary Ridland and Wonder Kid. The pair were the Markel Horse Insurance Jumper Series finale winners in 2021, and they proved they are very much back in the hunt again this year as they jumped to victory in Friday night’s $10,000 Markel Insurance 1.35m Open Jumper Speed Stake. 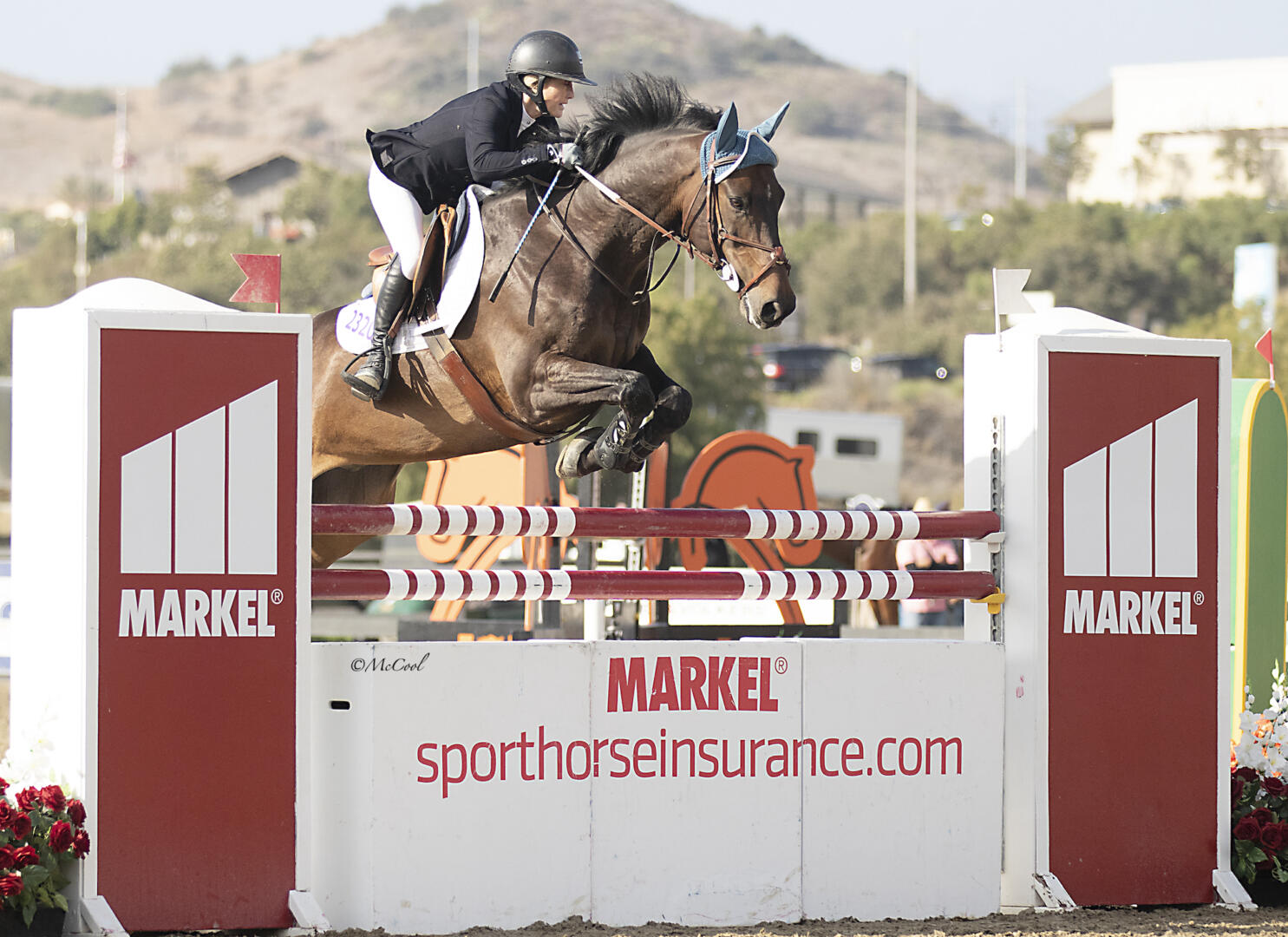 Ridland and Wonder Kid, owned by Mary Frances Looke, crossed the finish line in 69.019 seconds. Taking second place with a time of 69.908 seconds were Elizabeth Simpson and Catomy M, owned by Woodgrove Farm, and rounding out the top three with a time of 75.531 seconds were Sara L Van Fleet and her own Cardentos Dree Boeken. For full results of the $10,000 Markel Insurance 1.35m Open Jumper Speed Stake, click here.