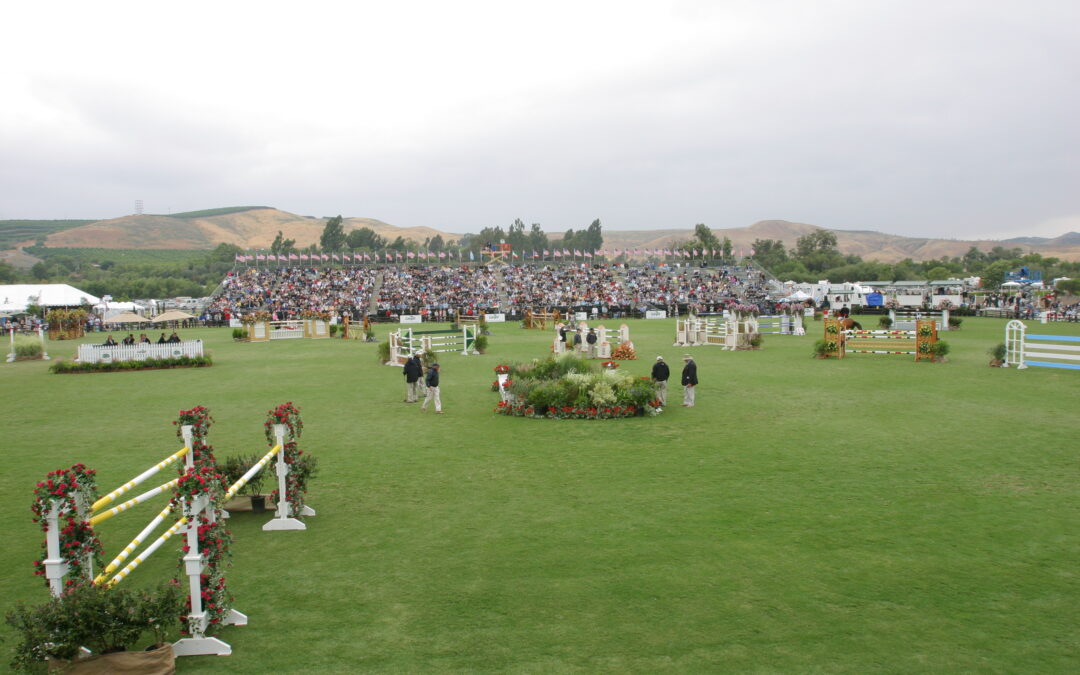 Making History & Setting the Stage for Success Stories Over the Decades

A Part of Horse Show History
If there was a book on the history of horse shows, Blenheim EquiSports (BES) would play a significant role. Stepping up to be one of the supporters of the sport from Olympic Trials to Pony Hunter Challenges, the team at BES has provided a green grass landscape for competitors and their equine partners for over two decades. Along with producing multiple ‘Premier’ outdoor events in the spring, summer, and fall at desirable southern California destination locations, BES loads up several tractor trailers and heads to Las Vegas to present a championship indoor CSI event each November.

Broadening their horse show horizons, members of the BES team have not only managed championship events on site, such as the first FEI outdoor CSI-A International in the country, but they have also played a managing role at more than 20 championship events at locations throughout the world. They bring this expansive experience to the table each year as they plan their season of events, with a goal to offer a #pathwaytosuccess for riders to achieve goals on regional, national, and international levels.