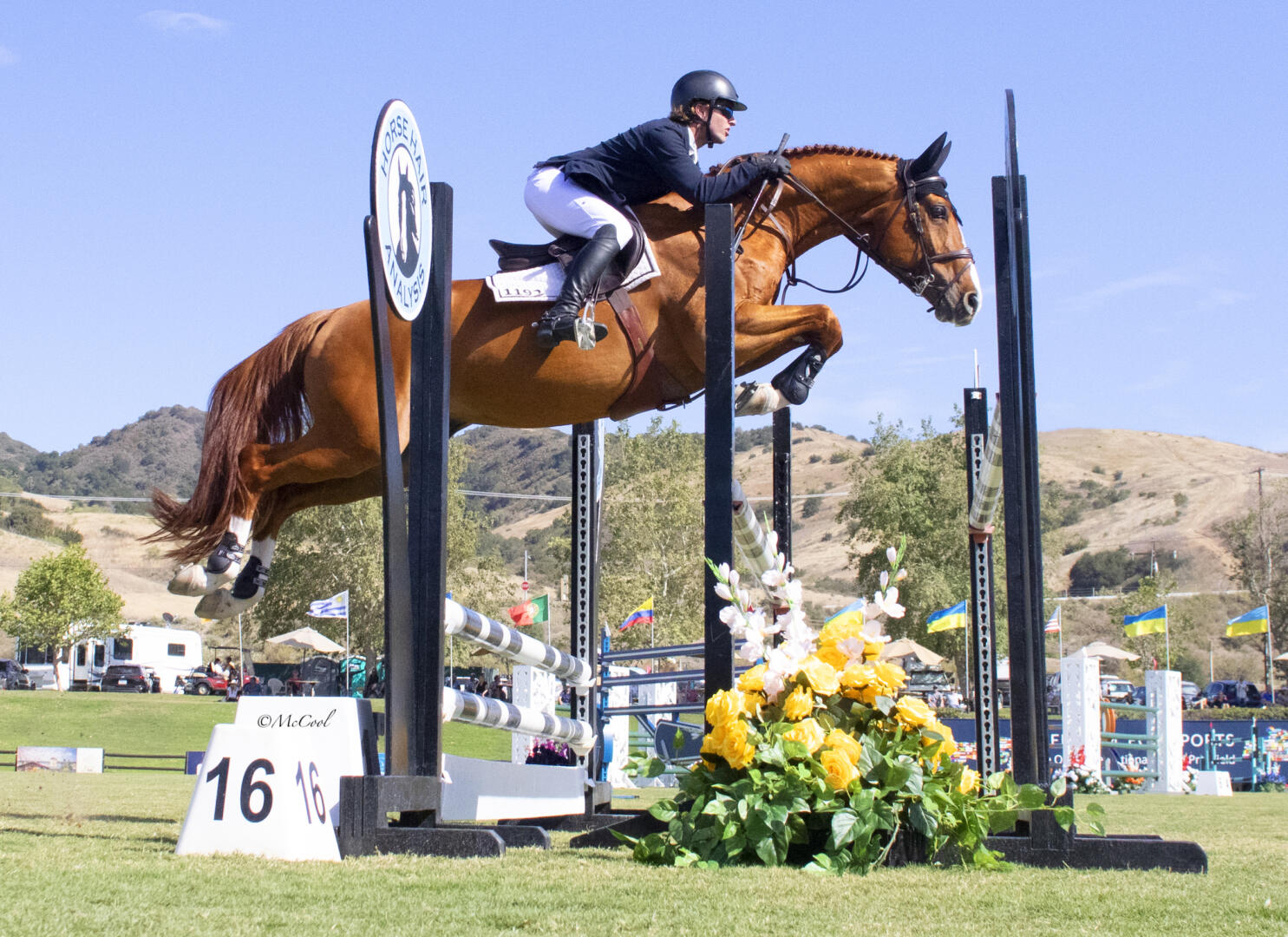 Heading into the jump-off of the Saturday featured class, held on the Oaks International Grand Prix Field, the odds were stacked in Casady’s favor. Of the six entries qualified to return for the short-course, three of the rides belonged to Casady. Knowing that he would be guaranteed sixth place, Casady elected not to return with his third entry, Ekstra MF, leaving five horses to contest the speed round.

Keri Potter and Ariell La Sirene were the jump-off pathfinders, turning in a clear round in a time of 48.328 seconds. Lindsay Archer on Jarpur and Nicole Haunert on Calgary IV would follow, but both riders saw rails fall on course, leaving the door open for Casady. 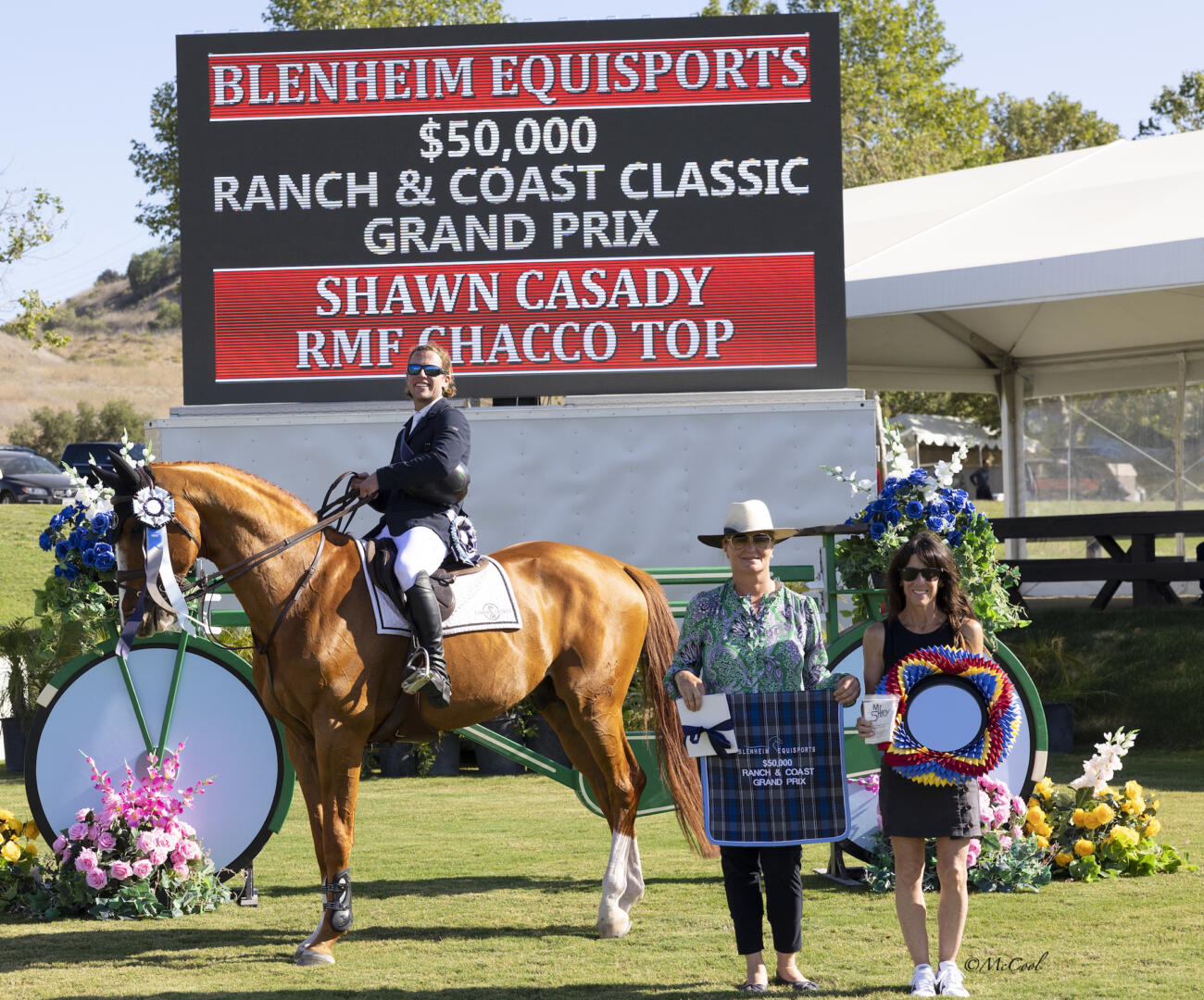 Shawn Casady and RMF Chacco Top were presented as the winners of the $50,000 Ranch & Coast Classic Grand Prix by Alexandra Zulia and Cheryl Wheaton of Blenheim EquiSports. Photo by McCool Photography

The 27-year-old first returned aboard Sunny Boy 372, owned by Rabbit Root Stables, and while the pair produced the fastest time to that point, a rail down for four faults in a time of 46.159 seconds would ultimately put them in third place.

With RMF Chacco Top, owned by Ashland Farms, Casady learned from his previous ride, and pulled out a quick, clear round to take the win in a time of 46.037 seconds. That relegated Potter and Ariell La Sirene, owned by Tres Palomas, to second place, and with Casady also in third, fourth place went to Archer and Jarpur, and Haunert and Calgary IV took fifth.

“RMF Chacco Top has been around the world; he’s been there done that,” said Casady of the 13-year-old Hanoverian stallion that was previously competed by the USA’s Jessica Springsteen, Great Britain’s William Whitaker, and Ireland’s Cormac Hanley.  “He’s a winner with a big heart, so today was the class that I picked for him, and it worked out!” 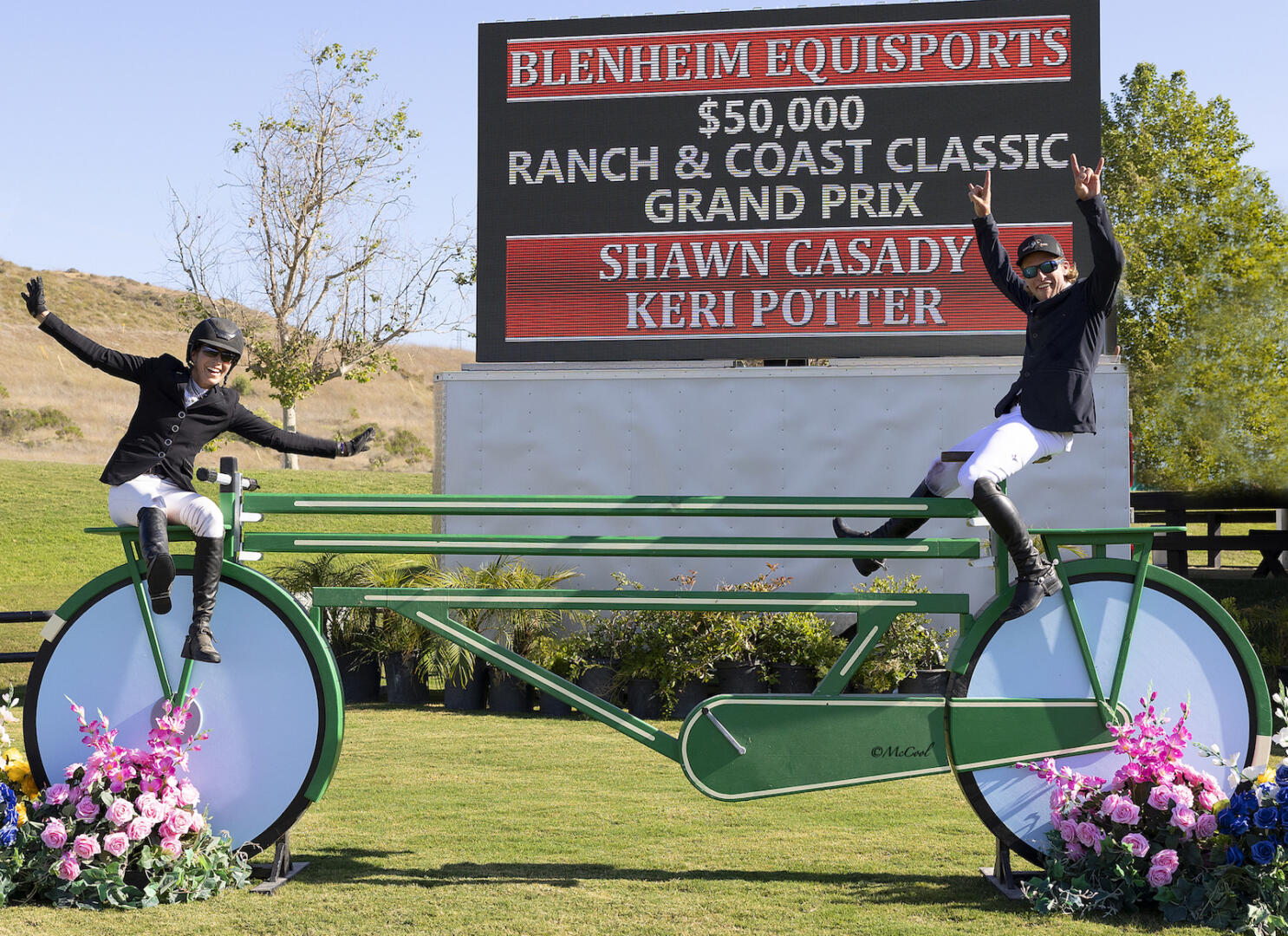 Casady continued, “I really liked the course. It gave my horses a nice chance to get some experience at a higher level. They came out on a positive note and as better horses, and I’m excited for the next class with them.”

That course was set by renowned course designer Leopoldo Palacios, who had equally positive feedback on his time spent designing at the Blenheim EquiSports’ Ranch & Coast Classic.

“The footing was fantastic this whole week,” said Palacios, who has designed courses for the sport’s most prestigious events, including the Olympics and World Cup Finals. “Everything worked perfectly. I want to congratulate the organizing committee for having such beautiful footing here this week. All the improvements they are doing here are fantastic. The facility in general, for me, I love it. I love the location. This town of San Juan Capistrano is a super town.” 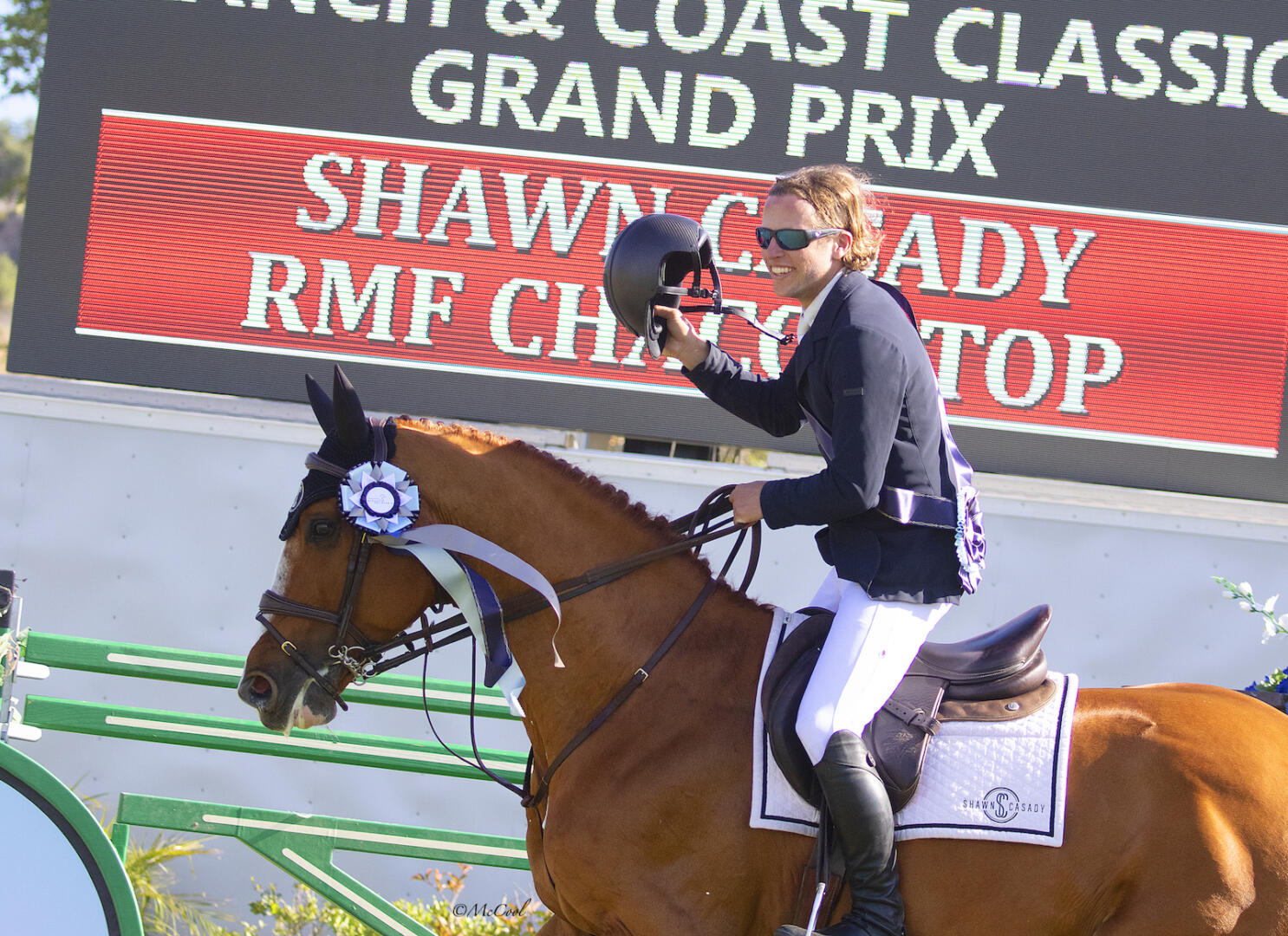 Palacios also built the course for Friday’s $10,000 Markel Insurance Jumper Series 1.35m Open Jumper Classic where Casady earned his first win of the week, this time aboard The Points Guy.

“The Points Guy is a 9-year-old stallion,” said Casady, who has the ride for owner Rabbit Root Stables. “I’ve been doing him in some small grand prix classes and the 1.35m classics. We decided to shoot for the Markel for a class for him to be competitive in. It was awesome because he jumped clear and was fast in the jump-off and won!”