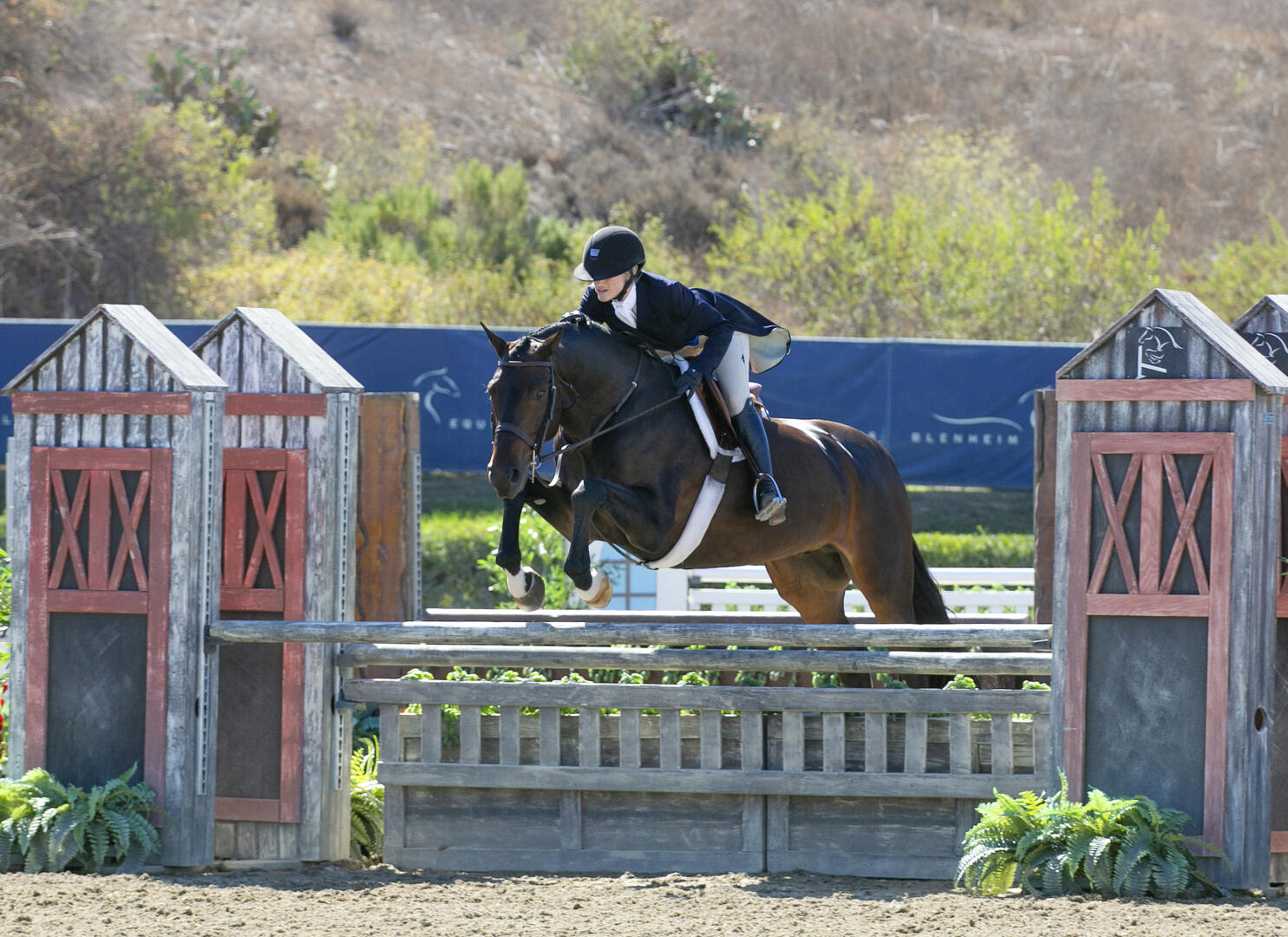 In the two-round, culminating event of the series, consistency was key for Robinson and Kingston, owned by Stonefield Sport Horses LLC. The pair earned a score of 87 in the opening round to put them in the second-place position, but when they duplicated that score in the second round, it shot them to the top of the leaderboard with an overall score of 174. 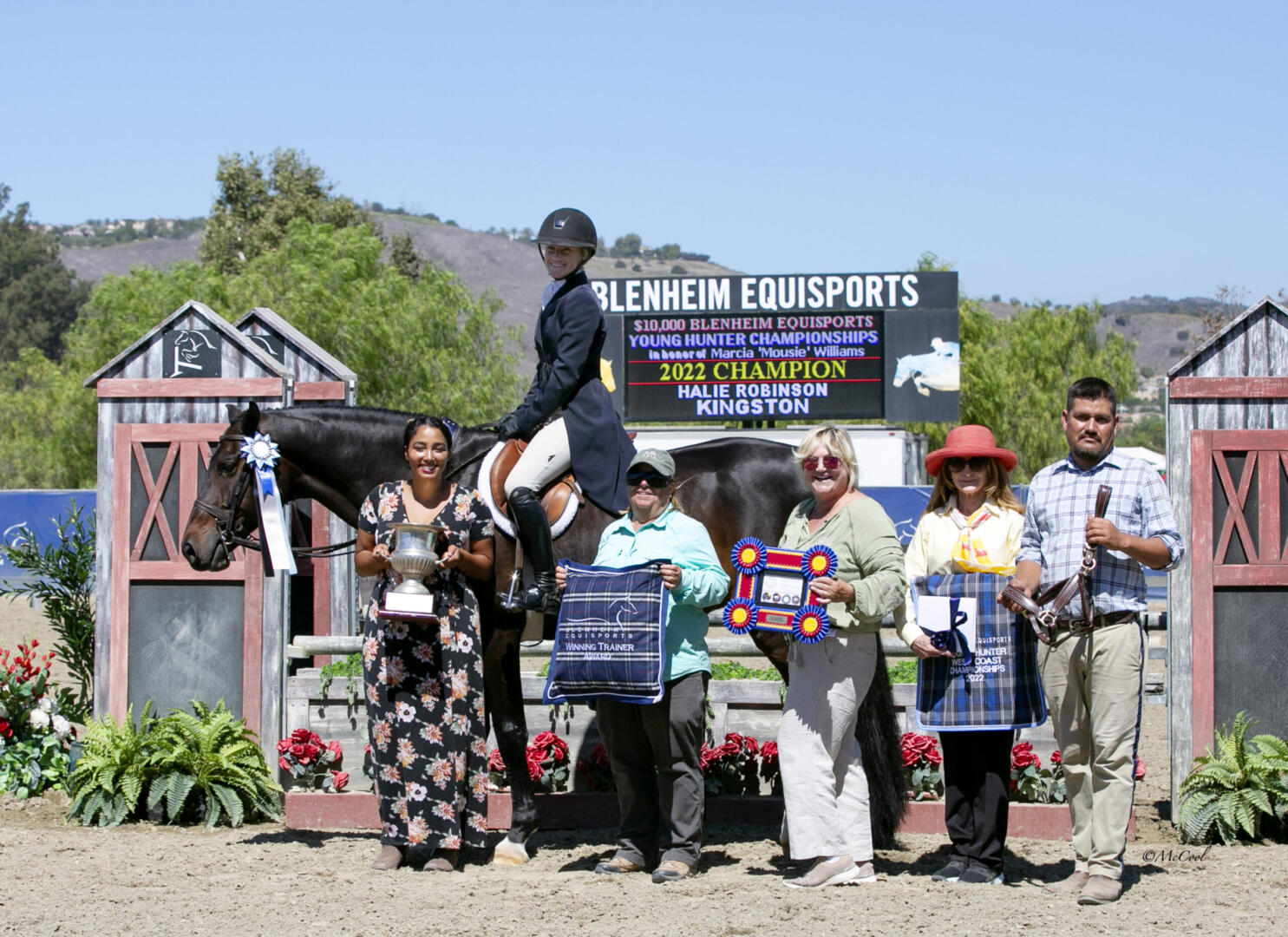 Halie Robinson and Kingston in their winning presentation for the $10,000 Blenheim EquiSports Young Hunter Championship. Photo by McCool Photography

Finishing in second place with scores of 82 and 86 for a 168 total were John Zambrano and Hush Money, owned by Glenda Monkarsh. Leslie Steele and Lavender, owned by Pinnacle Equine Imports, finished in third place with dual scores of 83 for a 166 total.

“[Kingston’s] such a brave horse,” said Robinson of the 7-year-old Dutch Warmblood gelding by Genius and bred by Heeswijk Dinther. “There’s never really anything that you need to worry about with him. He’s pretty darn perfect. Even though he’s only 7 years old, he really knows the drill. I feel like the more of a challenge he has the better he’ll always be. [The Young Hunter Championship] was a long course, and I felt like I could just kind of float the reins and gallop around it the whole time.”

After being imported two years ago for owner Hannah Stonefield, Kingston quickly began to show his promise.

“I think he’s been champion or reserve every single horse show this year,” said Robinson. “It’s been pretty astounding to have him be that consistent, and I think that the Young Hunter Program and the development of it has really supported him in being able to go in the ring every time and do his best job.” 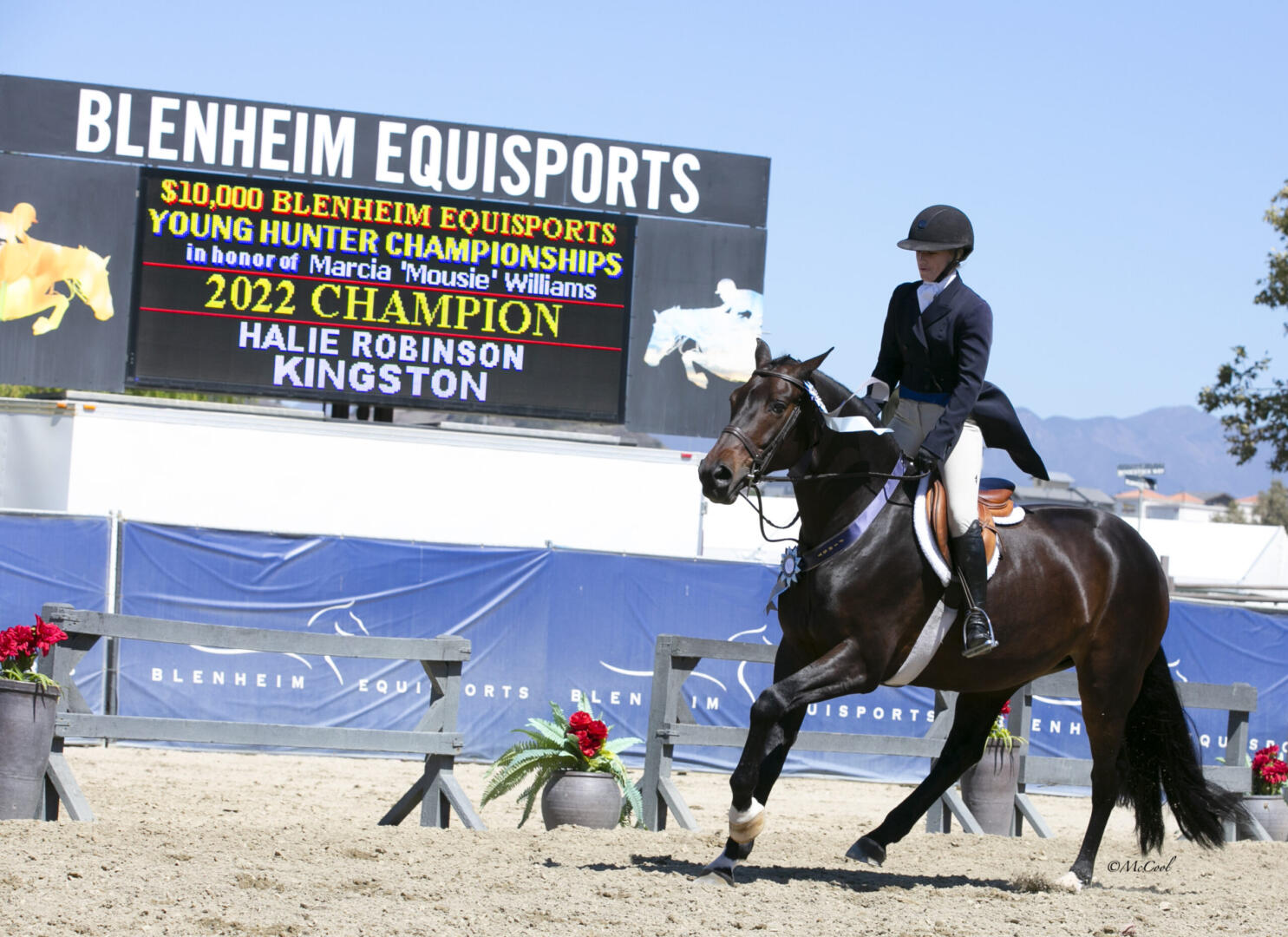 “He is just a wonderful, goofy horse,” continued Robinson. “He just adds so much joy to all of our lives. He always makes me laugh. Every single day, I look forward to seeing him in the barn. He is just so special. I’m so fortunate and thankful to Hannah [Stonefield] and to everyone. We call everyone his staff members, myself included. We are his staff; that is what we’re here for.”

Robinson and Kingston were not the only Blenheim EquiSports Young Hunter Series winners during the International Jumping Festival, as the Horseflight Young Hunter Classic Circuit Award was presented to Quintessa WSS, owned by Nicole Lean and ridden by Gabriela Pattinson.

As the owner of the horse that accumulated the most points in the 2022 Young Hunter Classics throughout the year, Lean received a $2,500 Horseflight travel voucher.

“Quintessa was bred by Wight Show Stables, Samantha Wight and her family in Wellington, Florida,” said Pattinson of the 6-year-old Belgian Warmblood mare by Chaqui Z. “Devon Gibson at Seahorse Riding Club picked out ‘Tessa.’ She got the video and loved her right away. She kind of spotted the talent from far away. Tessa was a little bit raw when we first saw her. She’d only been to one horse show and shown once. So, Devon saw a video and fell in love, and here we are.” 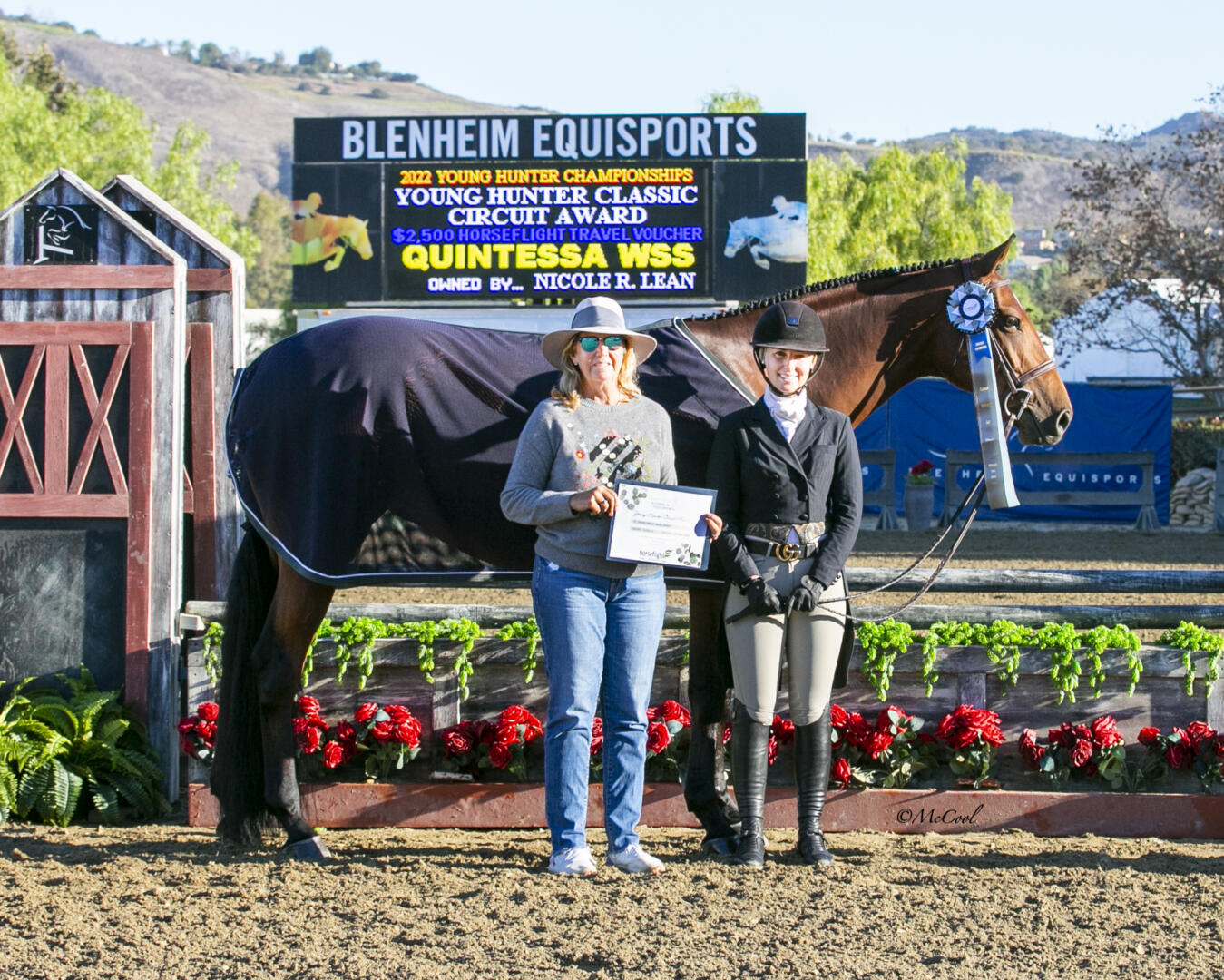 That was almost a year ago, and since then “Tessa” has proven to be a star with a bright future ahead of her in the hunter ring.

“She’s got one of the best jumps that I’ve ever felt; she jumps high, and she jumps lose,” said Pattinson, who also earned the Young Hunter Classic Circuit Award in 2021 aboard Lost Emerald. “It’s so easy to stay athletic. She really likes her job, so you don’t really have to make her do anything. You just have to steer and allow her to be brilliant like she is. That’s when she’s the happiest. It’s been really cool to have the next generation of horses come along and get to do this series again. It gives these horses an outlet to compete against horses in a similar experience level. Everyone here is in the same boat, and it really gives them a place to shine.”