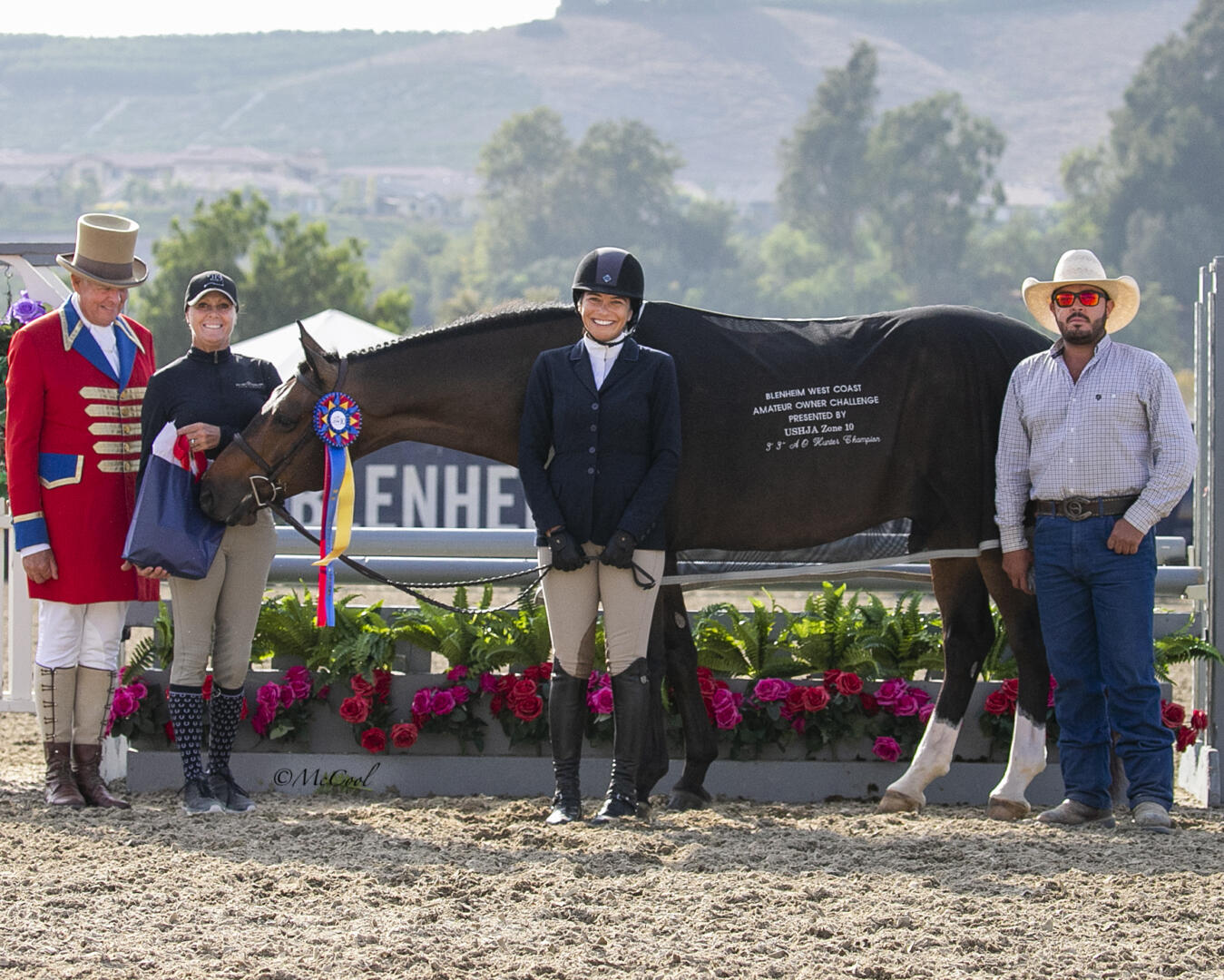 Townsend was the first to earn a spot in the winner’s circle, topping the $2,500 Marshall & Sterling Insurance 3’6” Amateur Owner Hunter Classic aboard Fanciful. The pair earned scores of 82 and 85 to take the win with an overall score of 167.

“I’m so thankful that I was able to go down to the show; it was great!” said Townsend, who hails from Sacramento, CA. “I love being at [Blenheim]; it’s one of my favorite venues. It was my first time showing in the new Grand Looke Arena, so that was fun to be on a big stage and compete against the best AOs in the area.”

Townsend continued, “I have been struggling the last few months; I fell off pretty badly and have been dealing with fear. So, to come down and do so well here was a big deal. I was a little nervous, but he was just a Steady Eddy and himself. Each round was better and better, and the scores reflected that. We started off in the 80s and made it up to the 85, so that was really cool to see all the work being put to use.” 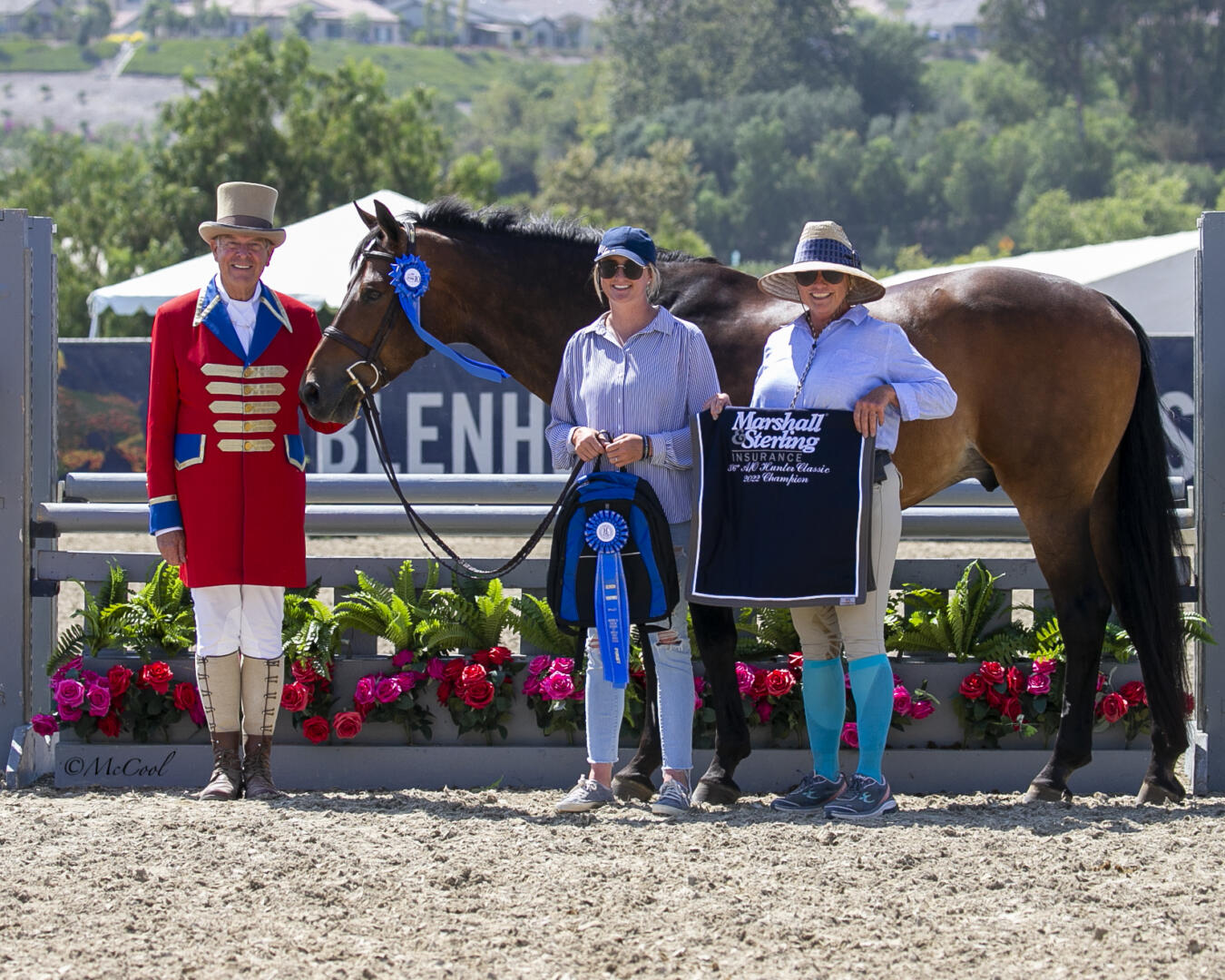 Townsend has been competing Fanciful, or “Roger” as he is known in the barn since 2019, and, under the tutelage of Jenifer Paris, Townsend and the 13-year-old Belgian Warmblood gelding have formed a highly successful partnership.

“We clicked instantly,” said Townsend, who balances riding with working full-time as a licensed marriage and family therapist. “He’s just one of the most amazing horses I’ve ever owned. He loves to compete, and he knows his job. Sometimes he gets too enthusiastic about it, but that’s okay. It’s just been a blast getting to really know him and develop such a deep partnership with him.”

“He is the most extra special, amazing, super-star amateur horse,” said Neuwirth of Juan Carlos, the 9-year-old Holsteiner that she purchased roughly a year ago and that she recently also rode to the Amateur Owner Hunter Over 35 championship title at the Devon Horse Show. “He just has the nicest brain of all time and a really good attitude. His ears are always pricked forward, and he has a gigantic stride. Nothing seems to really phase him, so I feel really lucky to have him.”

“Riding when you’re older, there’s a lot of fear,” said Neuwrith, who took 26 years off from riding before returning to see great success in the show ring. “So, I would get myself really worked up about the hunters and pace around for hours before I would ride. I recently got a jumper and moved up to the 1.20m, and it’s made me so much more relaxed for the hunters. That’s just been the last few horse shows, so I’ve actually now had a total ball in the hunters!” 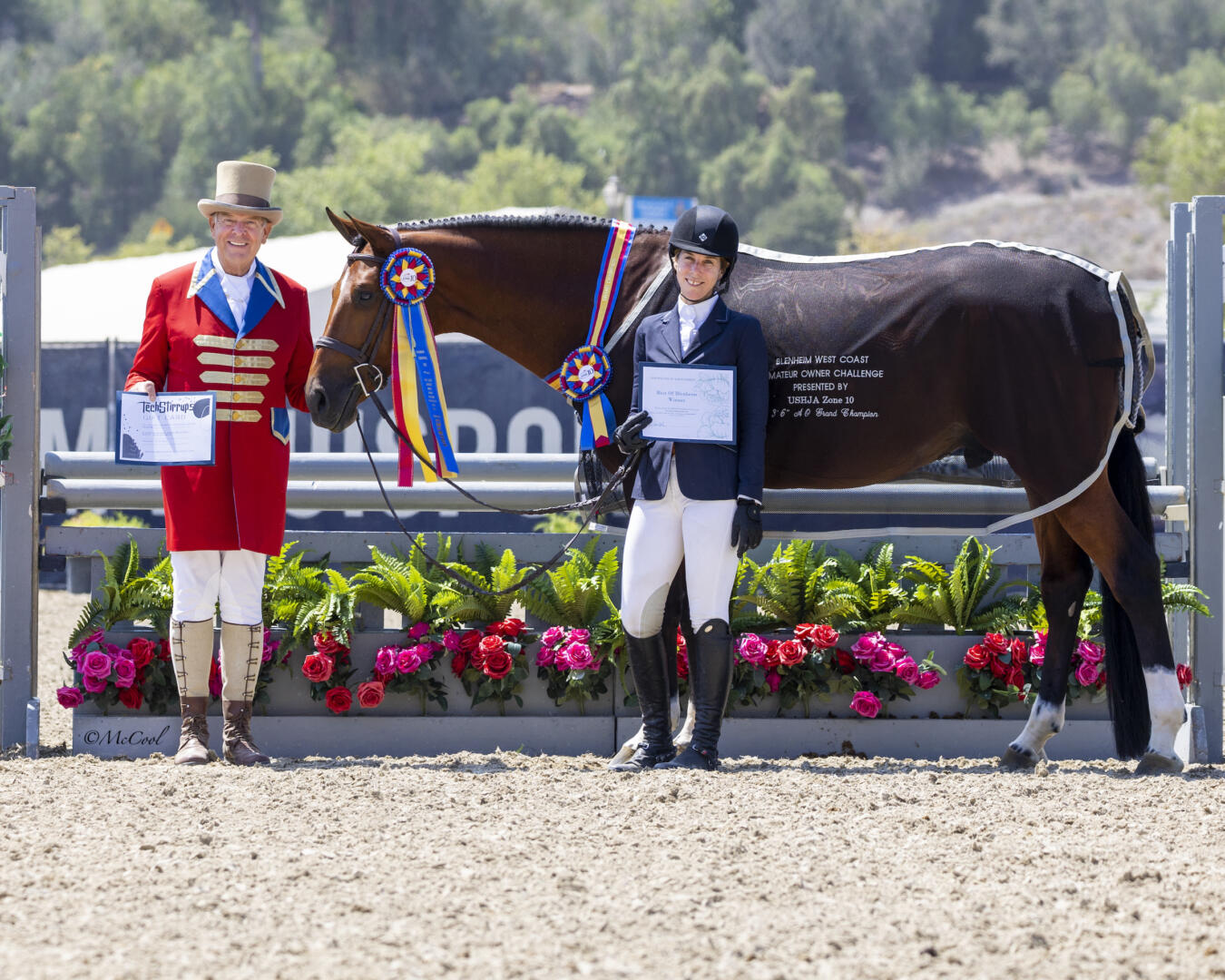 “I’ve checked a lot of things off the list I feel like, but [winning grand champion] was one that I’ve never gotten, so this was really fun and special!” said Smith, who trains with Joie Gatlin. “I have a couple horses, but [Chancellor] is my old faithful. I’ve had him since I started riding again as an adult, and I couldn’t be more thrilled.”

Like Neuwirth, Smith took a 20-year break from riding before returning to the show ring, with much of her success coming aboard “Chance,” the 15-year-old Dutch Warmblood she purchased in 2016.

“He is the best; my kids can get on him and walk him around,” said Smith of Chancellor. “He’s the kindest. He’s a little guy; he’s only 15.3, and he’s actually 15 this year, so he’s not a spring chicken anymore. So, I don’t do a whole bunch…We thought the Blenheim West Coast Amateur Owner Hunter Challenge would be fun.”

Smith continued, “Blenheim is like our home show; it’s really nice. This was our first time in the new Grand Looke Arena, and I loved it. I really enjoyed riding in it, and it was really fun because it’s quite a large arena. It was so fun to pick up a little bit of a gallop and just go. I enjoy that about the grass fields here too – that they’re a little bit bigger and you get to kind of get your hunt on, but this really rode awesome.” 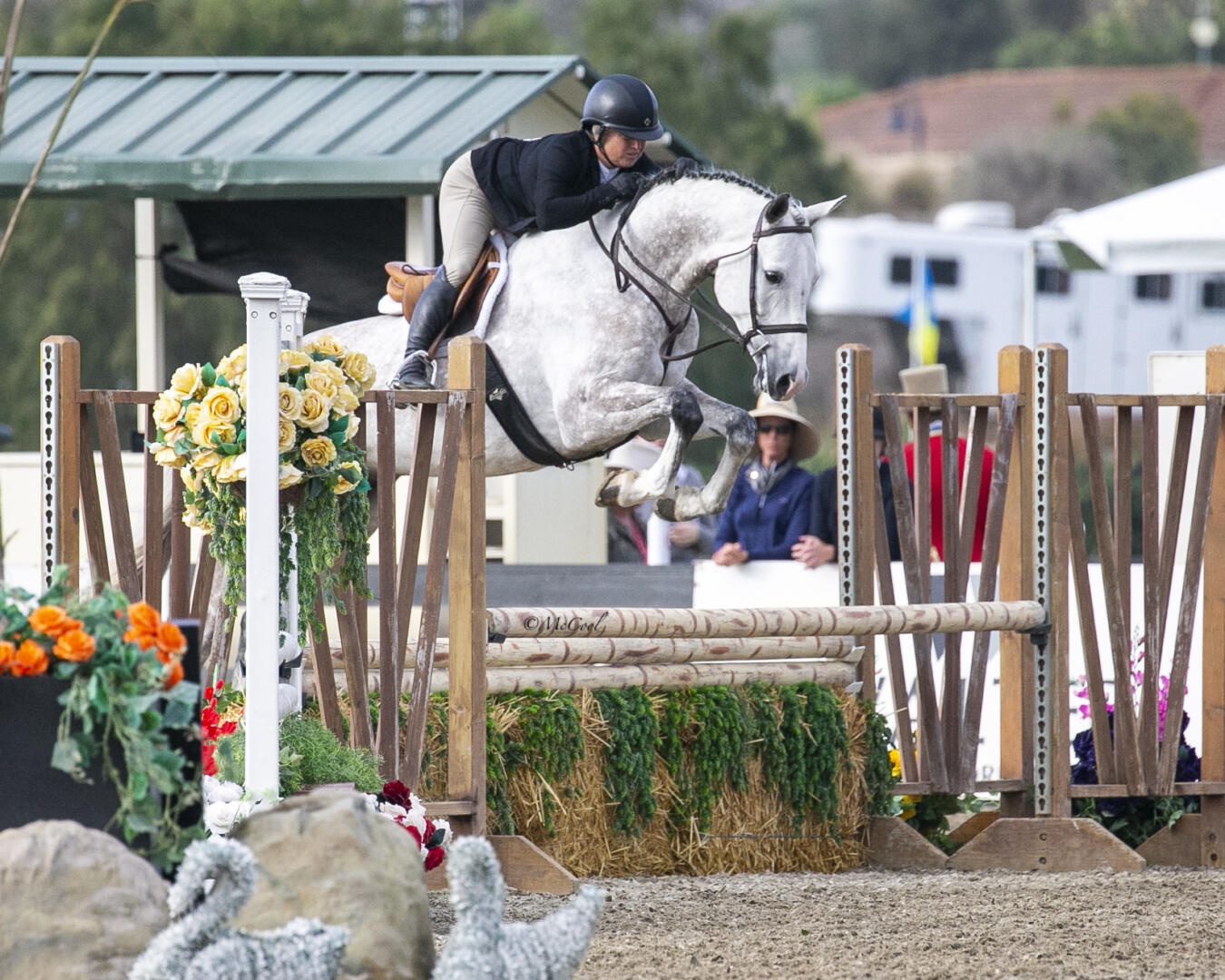 Looker continued, “He’s a different style than a lot of other horses, in the way he jumps, and he does not really love you to touch his mouth. It took me a day or two to get used to him, but he actually is a really awesome horse and a lot of fun. I had a great time riding him.”

Both Dot Com and Wilten’s Bubblegum were acquired from Roy Wilten in Holland, and Looker was quick to thank him and all involved in the weekend’s success.

“[Roy] does a lot for us, and he really helps us find some topnotch horses; we’re grateful to him,” said Looker. We’re also very grateful to Blenheim for all that they do to give back to make these things possible for all of us at the horses show. I also want to thank Sean and Sophie Leckie and Katie Taylor for training me for the class.”