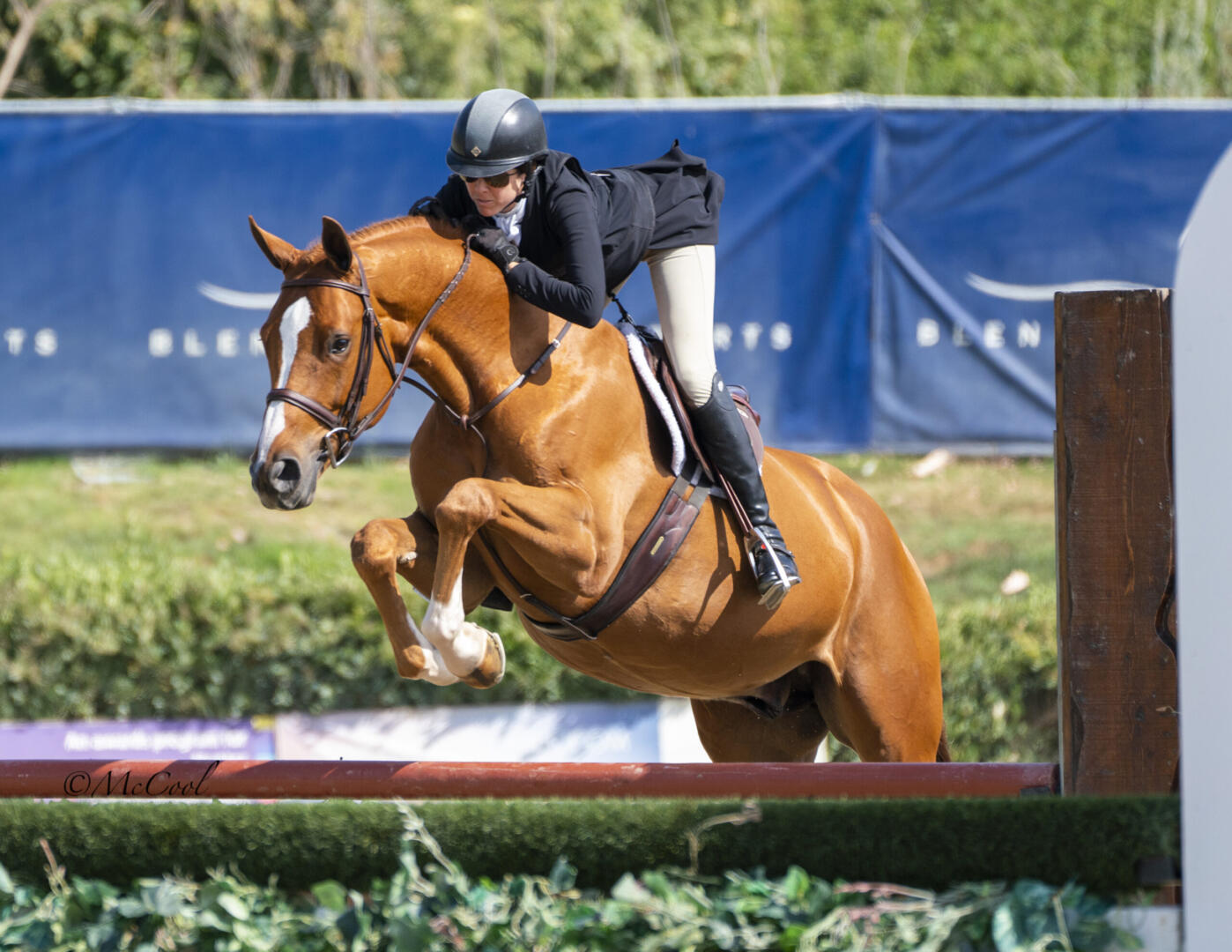 For Robinson and Rocketman, their win came in the $5,000 USHJA 3’6”/3’9” Green Hunter Incentive Southwest Regional Championship.

The pair were one of 10 horse-and-rider combinations to take on the first-round track, set in the Olympic Sand Ring by course designer Tom Hern, and they shot straight to the top of the leaderboard with a score of 94.

With all entries returning for a second round, Robinson and Rocketman added a score of 81 for a winning 175 overall total. Finishing in a close second place with scores of 86 and 88 for a 174 total were amateur competitor Irene Neuwirth – fresh off a championship win at the Devon Horse Show – and her own Guess Who. Third place with a score of 172.50 went to Katie Taylor Davidson and Princeton, owned by Walkenbach Equestrian, LLC. 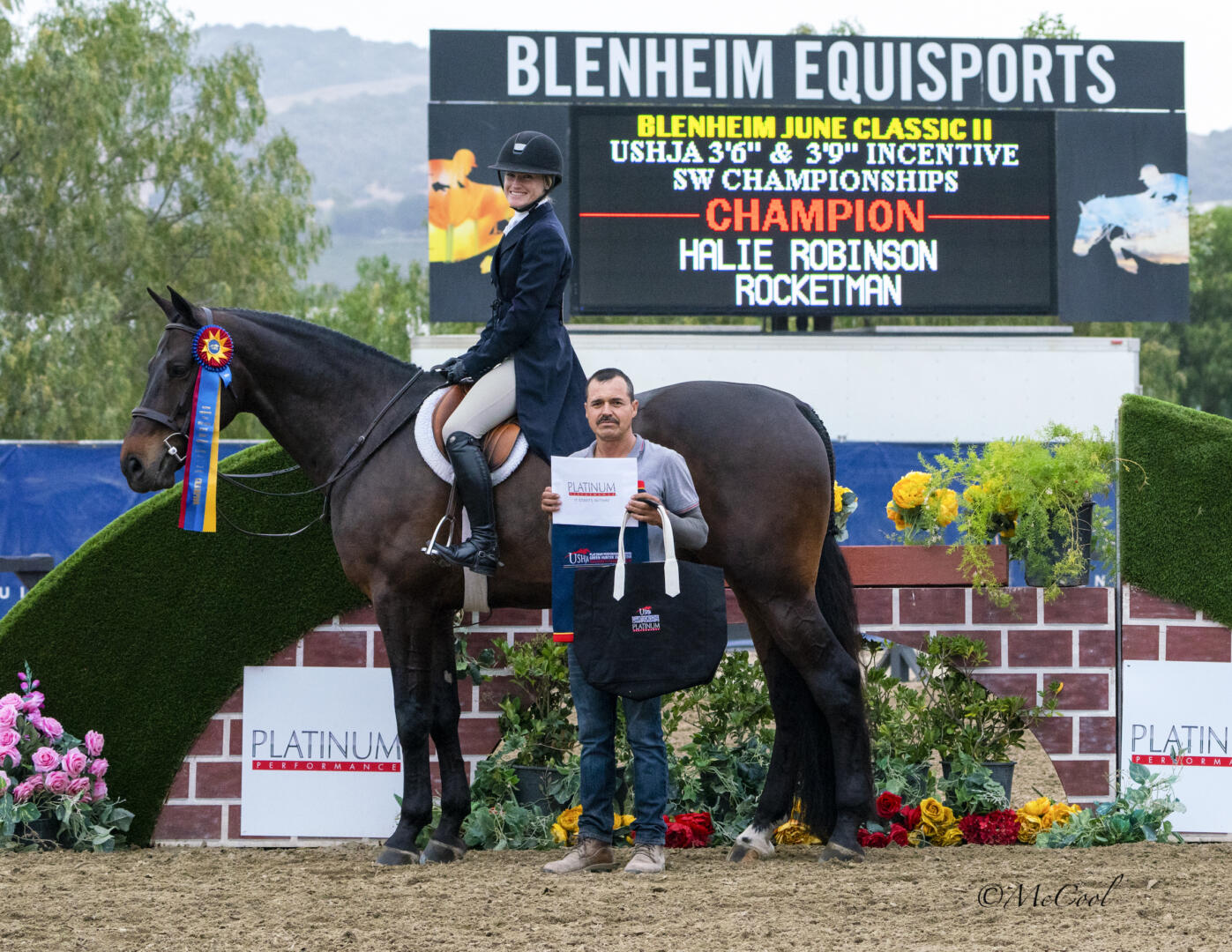 “I thought it was a really fun course,” said Robinson, who has had Rocketman, or “Pluto,” owned by Rosender LLC, in her barn for roughly a year and a half. “[The Olympic Sand Ring] is a super fun ring to ride in because you can just let them gallop. I thought it was a really nice course that showed off their stride. On Pluto, I did a really big number in the bending line; I did the nine strides, which I think was rewarded in the first round. I just thought they could gallop around the whole ring and really show off their great stride and their great style.”

Robinson continued, “[Rocketman] is probably one of the bravest horses that I’ve ever had. He just has all the scope in the world and all the talent in the world.”

While Rocketman only came into Robinson’s barn less than two years ago, she first rode the now 8-year-old bay Dutch Warmblood gelding four years ago – something she did not realize when she tried the gelding again two years ago.

“I actually rode him as a four-year-old in a sales video in Europe,” said Robinson. “Two years later, when he was six, I went to Florida to try him for a client, and I jumped six jumps on him, and I thought he was incredible. [But I didn’t put two and two together.] Then about three months later, I realized one night, scrolling through Instagram, that I had already ridden that horse in my life. It’s really pathetic that it took me that long to figure it out! I think that’s why the feeling was so familiar when I tried him. 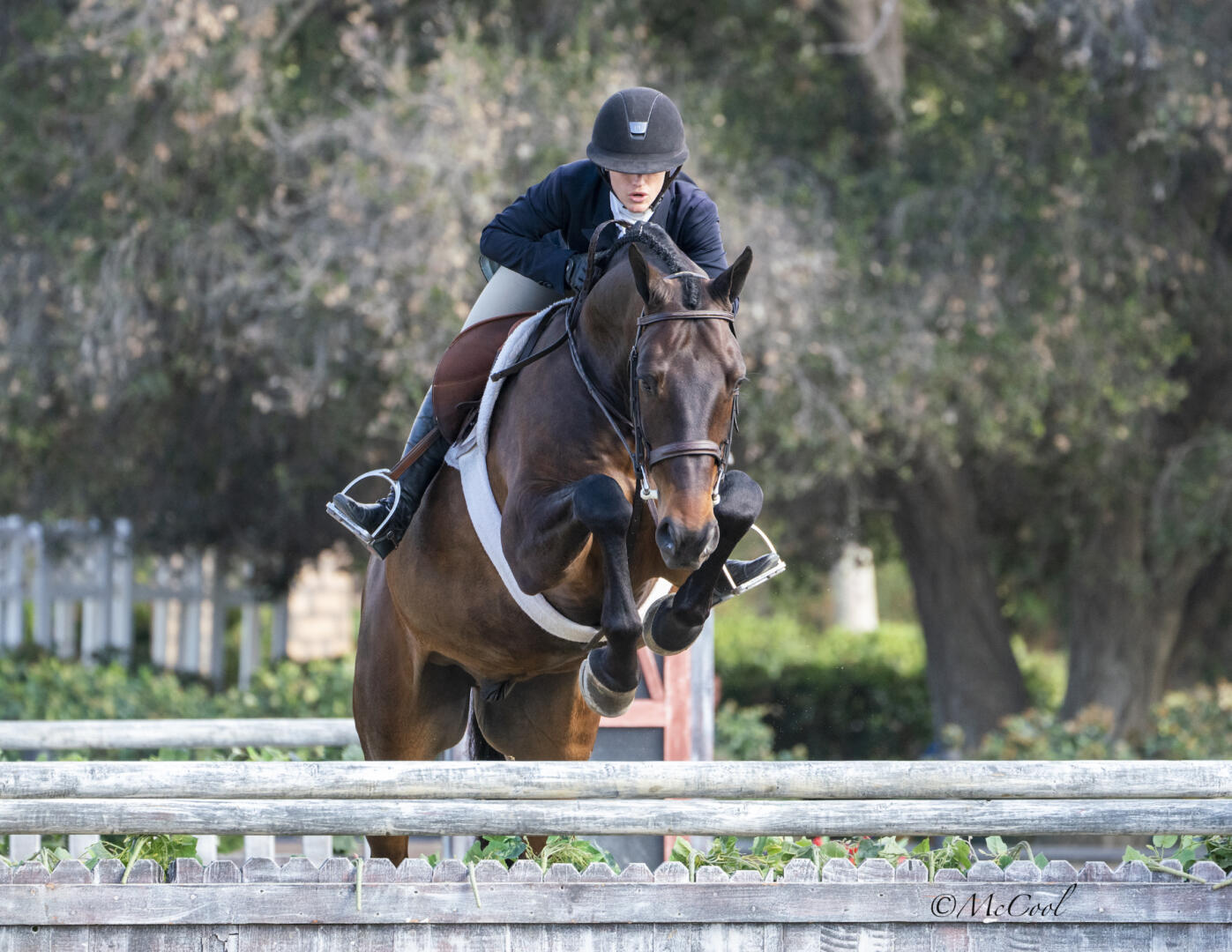 “I remember so distinctly when I was in Europe on him, we were making so many videos, and I said, ‘Chris, how old was that little bay horse that was so perfect?’ He said, ‘Oh, that was the four-year-old.’ I was like, ‘No, no, no, that bay that we did this and that with and that was so good.’ And he said, ‘Yeah, that one’s four.’ I just thought there was no way! So, I definitely cannot take any credit for the horse at all. He was born as amazing as he is today. I just tried to make him feel his very best and not get in his way. When I ride him in big hunter classes, I try to ride him like a grand prix horse. He is honestly bred to be one, but he makes a fantastic hunter.”

In the $5,000 USHJA 3’/3’3” Green Hunter Incentive Southwest Regional Championship, Katie Taylor Davidson and Decisive, owned by Walkenbach Equestrian LLC, rode away with the win with an overall score of 174.

The pair led the class from beginning to end with a score of 88 in the first round, followed by a score of 86 in the second round. Finishing in second place was Halie Robinson, this time aboard Kingston, owned by Stonefield Sport Horses, LLC.

Robinson and 7-year-old Dutch Warmblood gelding earned scores of 86 and 87 for a 173 total. Third place with an overall score of 166 went to Jenny Karazissis and Big Spender, owned by Gaby Morgerman. 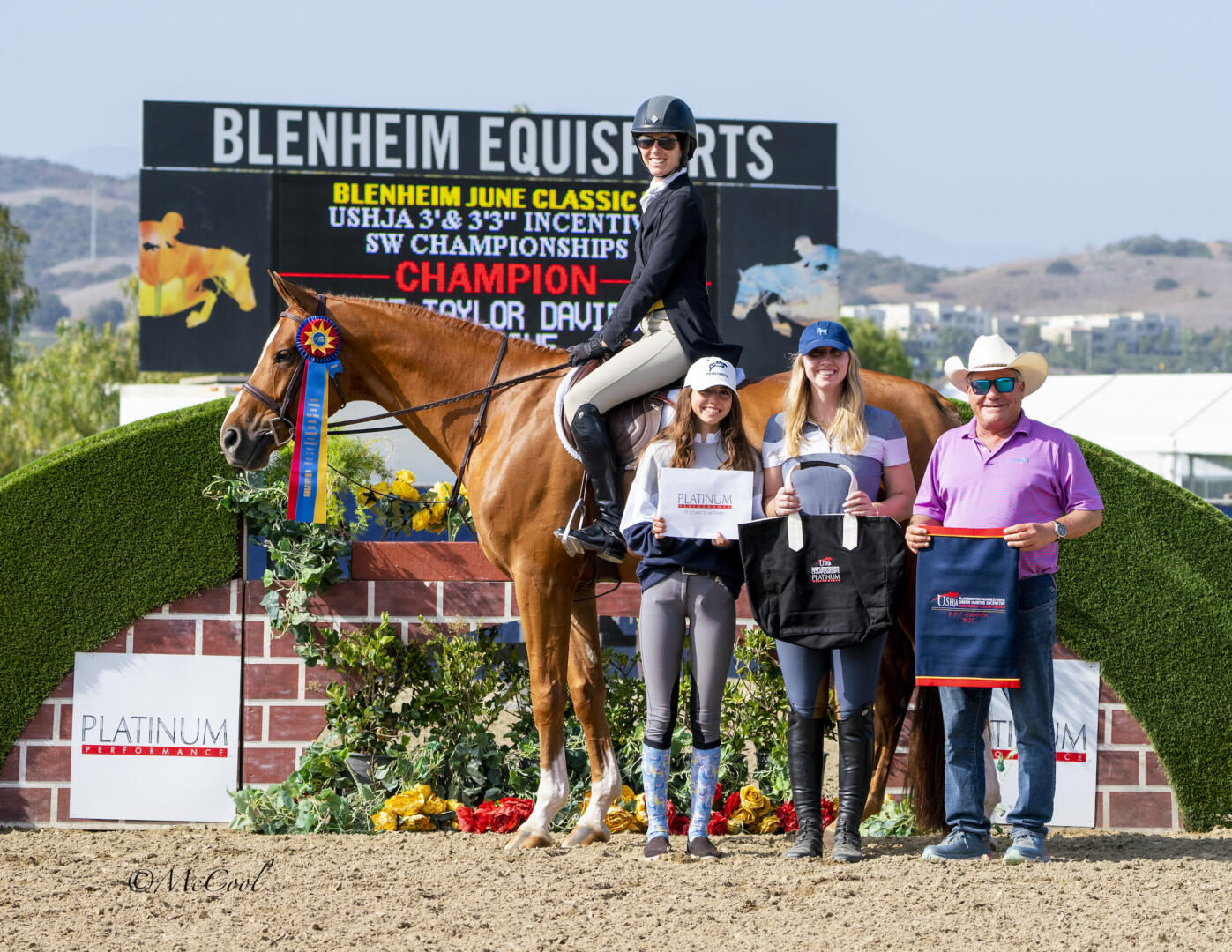 Katie Taylor Davidson and Decisive were presented as the winners of the USHJA 3’/3’3″ Green Hunter Incentive Southwest Championship. Photo by McCool Photography

“I thought the track flowed really nicely,” said Davidson, who only acquired the ride on Decisive for the Walkenbachs at the end of 2021. “The first round, I felt like [Decisive] tried so hard and jumped every jump just phenomenally. I have to say thank you to the Walkenbachs for letting me show him, and I can’t wait to see what he does in the rest of his career. He’s amazing. For a six-year-old, he’s got the brain of a 12-year-old.”

Thursday’s competition marked the second of six Regional Championships available to USHJA Green Hunter Incentive Program participants, with exhibitors able to select to compete in any one, and only one, of the regional events. Horses must be enrolled in the USHJA Green Hunter Incentive Program to be eligible to participate. To learn more, visit www.ushja.org/competition/hunter/green-hunter-incentive-program.