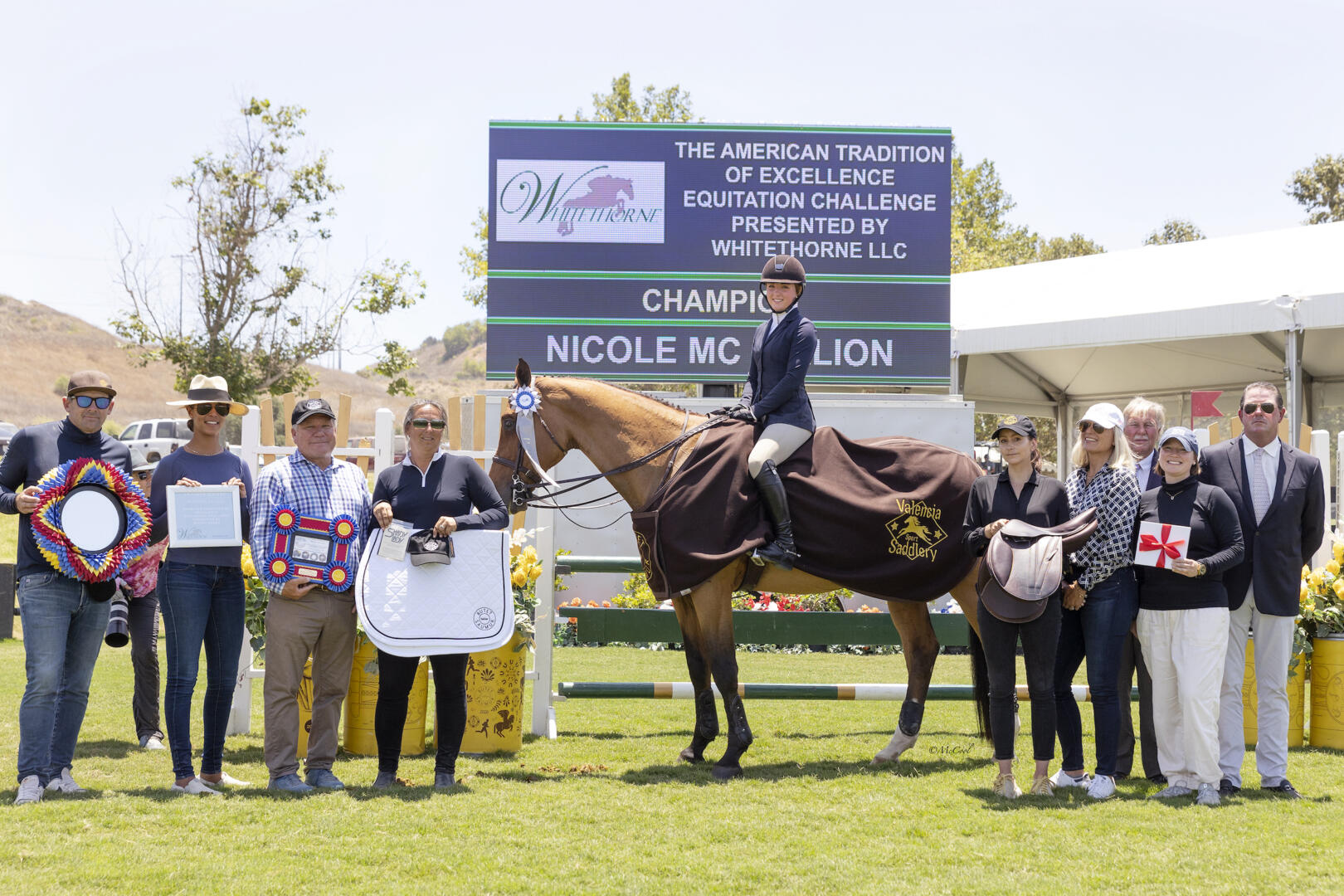 Nicole McMillion was presented with a new Butet saddle for her win in the American Tradition of Excellence Equitation Challenge, presented by Whitethorne LLC. Photo by McCool Photography

Second place in the two-day, three-phase event went to the 2017 winner of the class, Stella Buckingham of Los Angeles, CA, while third place was awarded to Ireland Fravel of Del Mar, CA.

“It feels pretty great [to win]!” said McMillion, who earned the victory aboard Copenhagen, owned by her trainer, Jim Hagman. “This is my third time doing this class, and it’s been a great experience. I couldn’t be happier with [Copenhagen]. He’s kind of new to the equitation ring, and he really stepped up.”

Hagman, who operates Elvnstar, added, “It’s a great horse with a great mind. Nicole did a great job; she’s an excellent athlete. All of the California kids are outstanding. Everybody wants to do great in this class. Georgy [Maskrey-Segesman] has really created something that’s unique to California.” 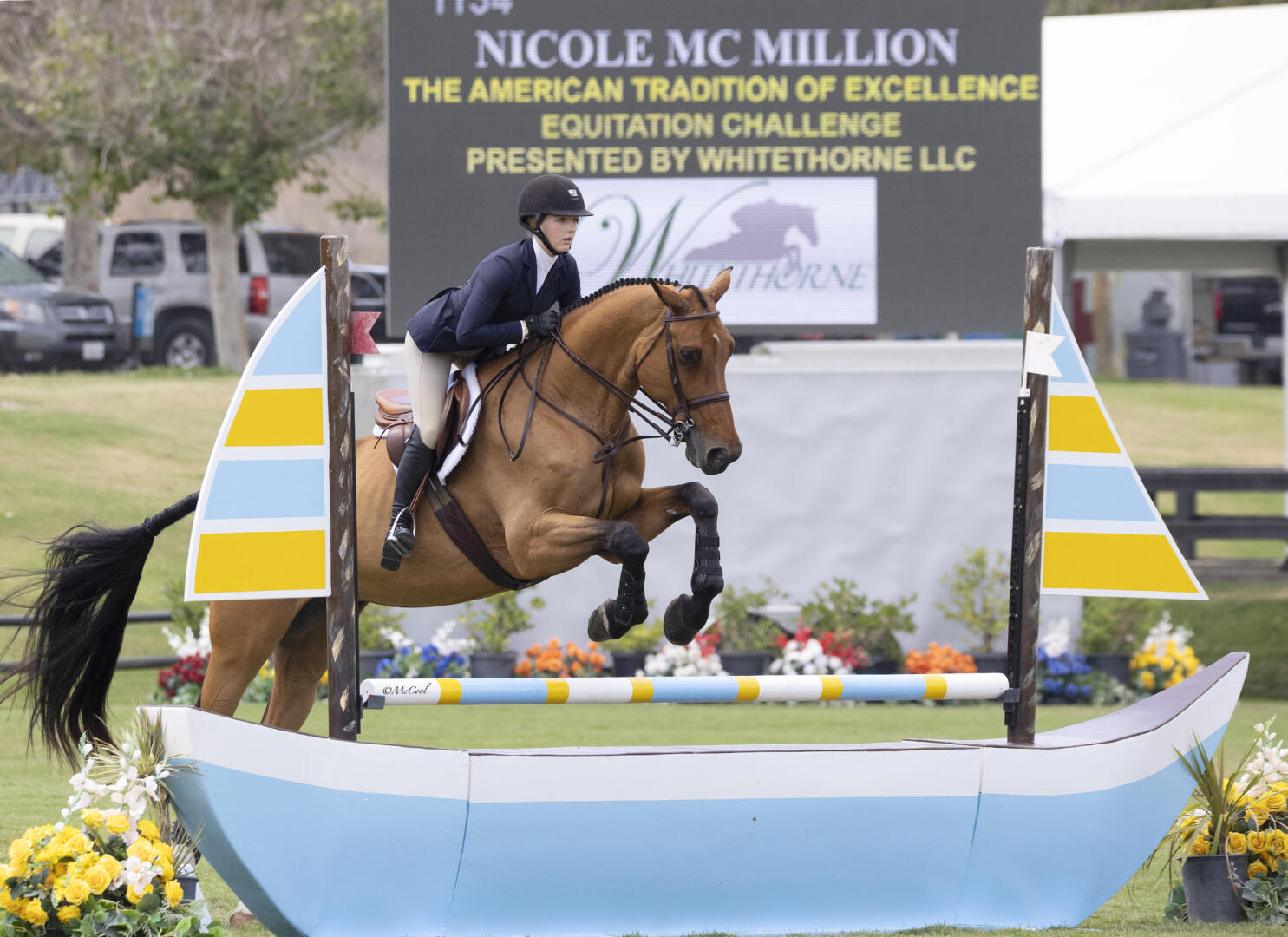 As Hagman alluded to, the class is the brainchild of Whitethorne’s Georgy Maskrey-Segesman, and, for the past five years, it has attracted many of the West Coast’s top junior and amateur riders to the Rancho Mission Viejo Riding Park in San Juan Capistrano, CA.

On Tuesday, those top competitors jumped a track designed by Karen Healey and set on the Oaks International Grand Prix Field in front of judges Ken Smith and Mark Jungherr.

“The course rode exactly like I thought,” said Healey. “You had to know where you were. You had to be aware of the track and placement. I think of it like figure skating. You have to be able to trace the ice with your eyes closed.”

From there, phase two of the class moved outside of the show ring to The Ritz-Carlton, Laguna Niguel where riders participated in a mandatory evening session that offers one of the most unique aspects of the class.

During this second phase, riders had the opportunity to participate in a question-and-answer session with the judges, garnering feedback on the day’s rounds as a whole, after having already also received written comment cards on each of their individual rounds.

They also had the opportunity to ask questions of mental skills coach Tonya Johnston who delivered a valuable presentation on developing confidence and letting go of fear. 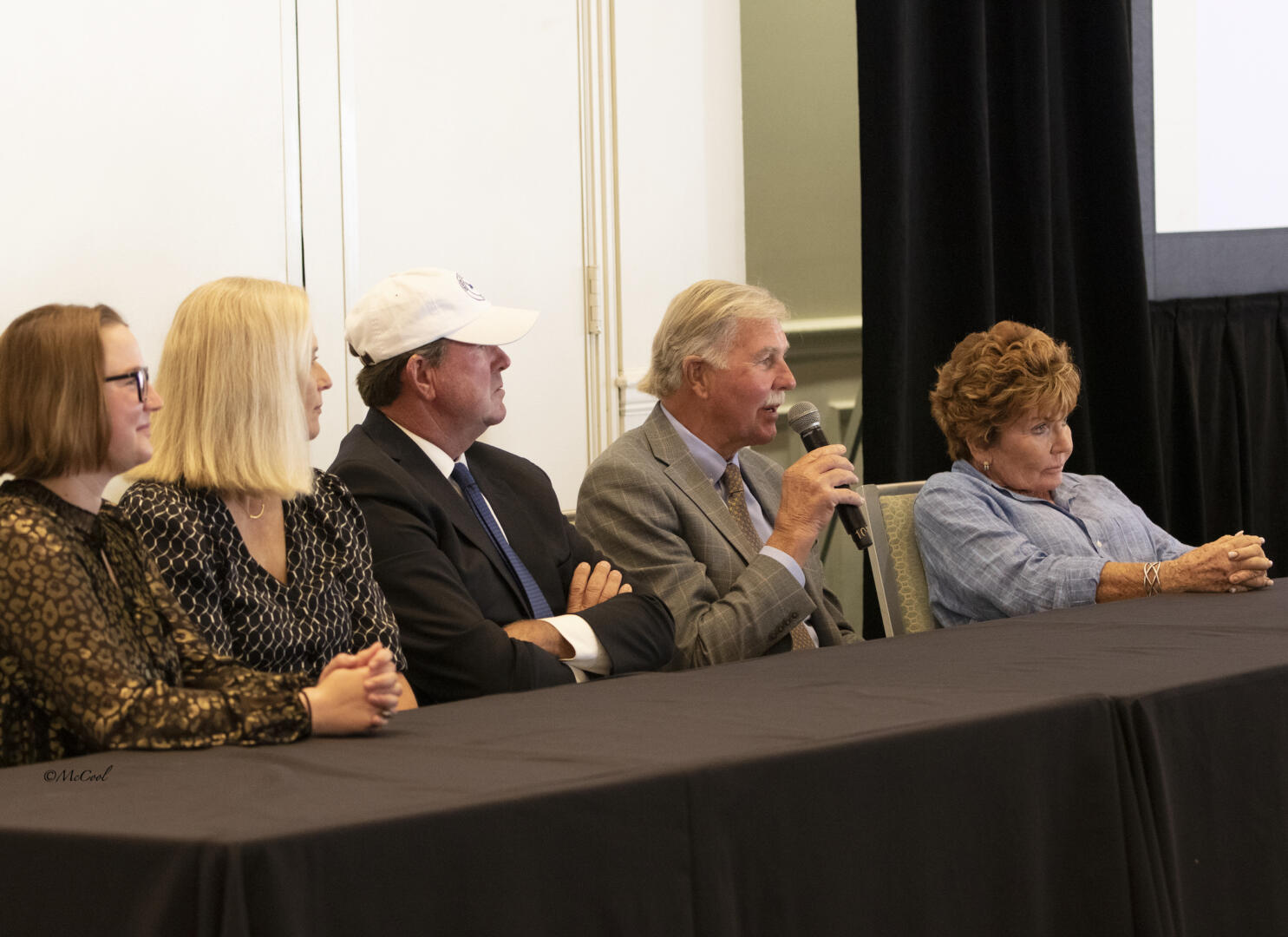 “Overall, the advice I was hoping to impart from the two days was that, at a certain point, you have trust yourself and be in the moment and be comfortable not knowing what’s going to happen,” said Johnston. “A lot of the techniques that I talked about have to do with boosting your confidence and letting go of your fear so that you really can be present. Your horse isn’t thinking about the Medal Final that you did last fall. Your horse is always present; you have to meet them there. I just so appreciate Georgy [Maskrey-Segesman] for inviting me. I just love the atmosphere of learning and collaboration.”

In addition to Johnston’s presentation, attendees heard from The Plaid Horse’s publisher, Piper Klemm, before watching a debut screening of “Dual Enrolled,” a short documentary film by The Plaid Horse, Catie Staszak Media, Inc., and Victoria Sheehan on the demands and commitment required of equestrian student-athletes.

On Wednesday morning, riders returned for a second opportunity to jump in front of Smith and Jungherr, this time taking into consideration anything that they learned in the evening session or any feedback received from the judges on their comment cards.

For McMillion, 17, consistency was key, as she again earned a score of 88 for a two-round total of 176. That score put her into the lead and guaranteed her a spot in the final phase, a work-off of the top six entries. 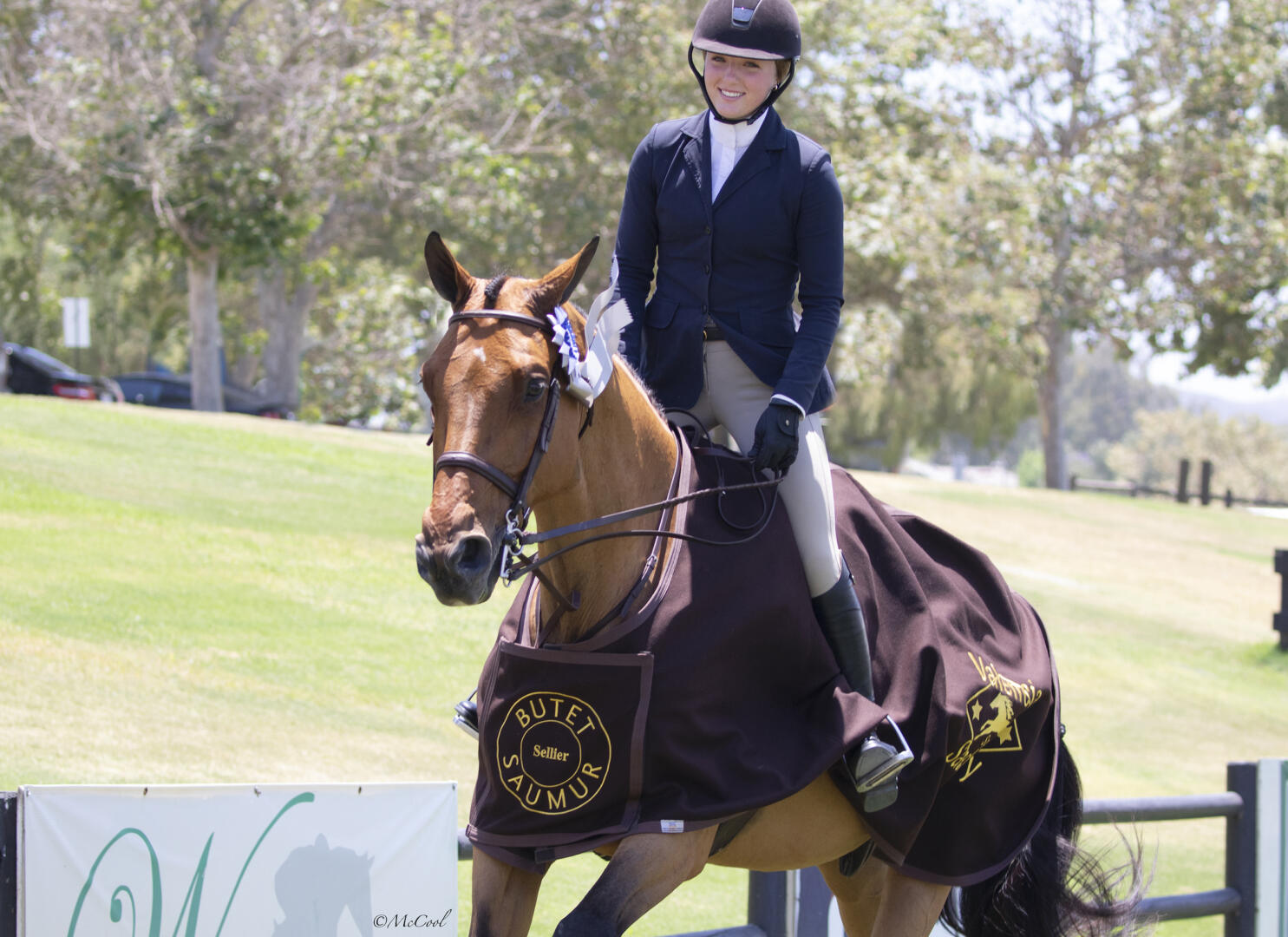 The six riders were asked to return in reverse order of their standings to execute a test that saw them entering the ring at a walk before cantering directly to an oxer. From there, they were asked to demonstrate two lead changes before also displaying a counter canter, a hand gallop to an oxer, and the jumping of a two-stride combination.

Earning the highest score of the work-off was Buckingham, whose score of 88 moved her from fourth place into the second-place spot with a 260 total. While McMillion’s work-off score of 87 would be just behind Buckingham’s, it was enough to secure her the win with a 263 total.

“The top three really delivered, both in the second round and in the test,” said Smith. “We knew we had a good group of kids, and we made a pretty challenging test out there. They all did it pretty well. There were a couple that nailed it and a couple that did okay, and that separated them. It was quite close at the end.”

Jungherr added, “The top group, they didn’t really play it safe. They all took a shot at doing the tricky parts of the test. That made us very happy.”

“I’m really excited that so many people want to support this class,” concluded Maskrey-Segesman. “I really feel as though everyone gets something out of it. It’s just a really great thing to be a part of. Karen [Healey] is judging [the Dover Saddlery/USEF Hunter Seat Medal Final] with Mark [Jungherr], so it’s really nice for this group to have everybody’s opinions and thoughts on maybe what we’ll see at Harrisburg this year.”

Whitethorne LLC is committed to growing the next generation of both riders and horsemen through education and innovative classes, such as The American Tradition of Excellence Equitation Challenge. Led by Georgy Maskrey-Segesman, Whitethorne LLC always carries a number of high-quality hunters, jumpers, and equitation horses for sale or lease in Southern California. These horses are personally chosen by Maskrey-Segesman and her partner in Germany, and they represent some of the best competition horses available in Europe for every level of competition.