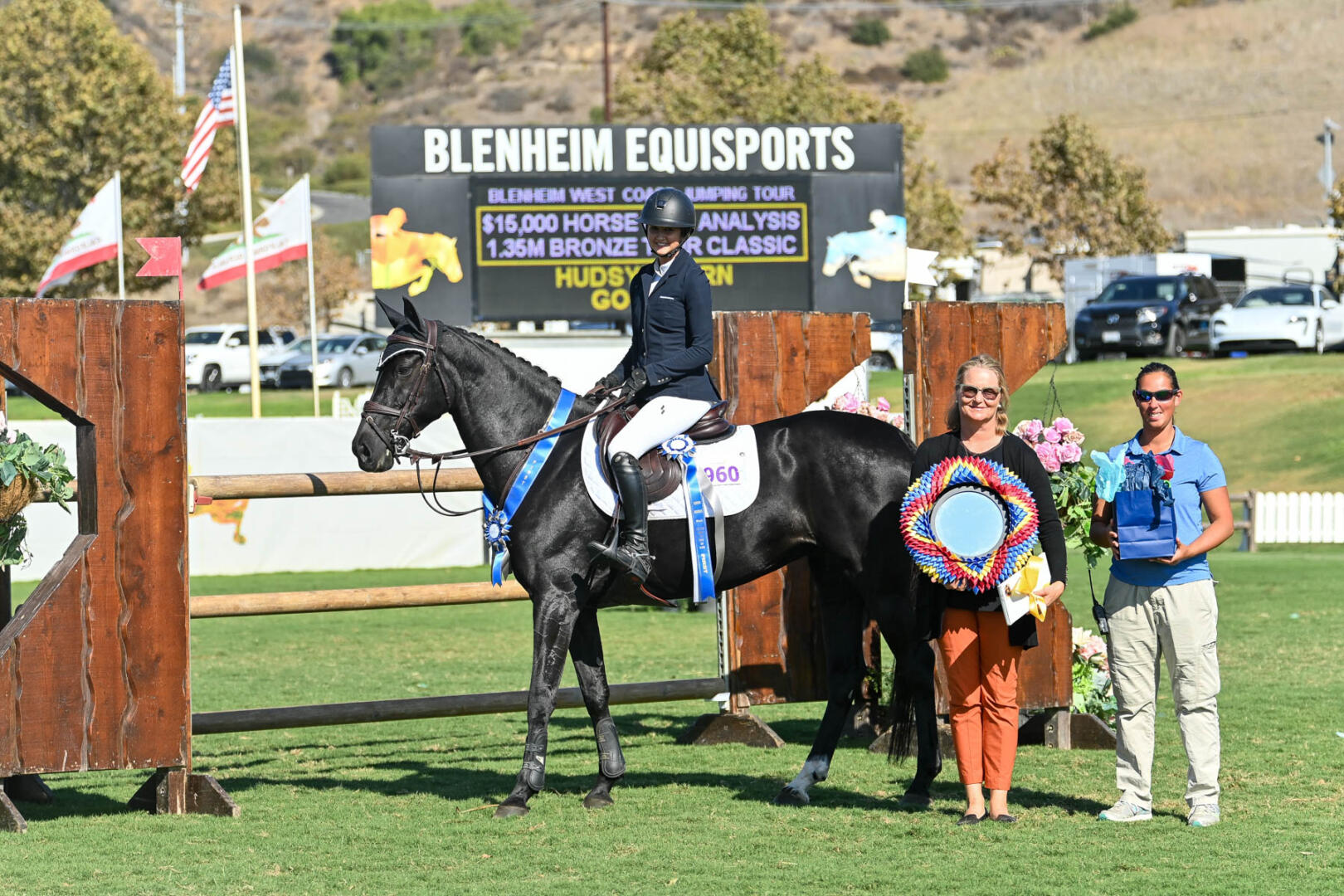 Eight veteran and young riders alike advanced to jump-off over the Marina Azevedo-designed short course, but no one would come within two seconds of catching the 34.825 second time of 16-year-old Horn. 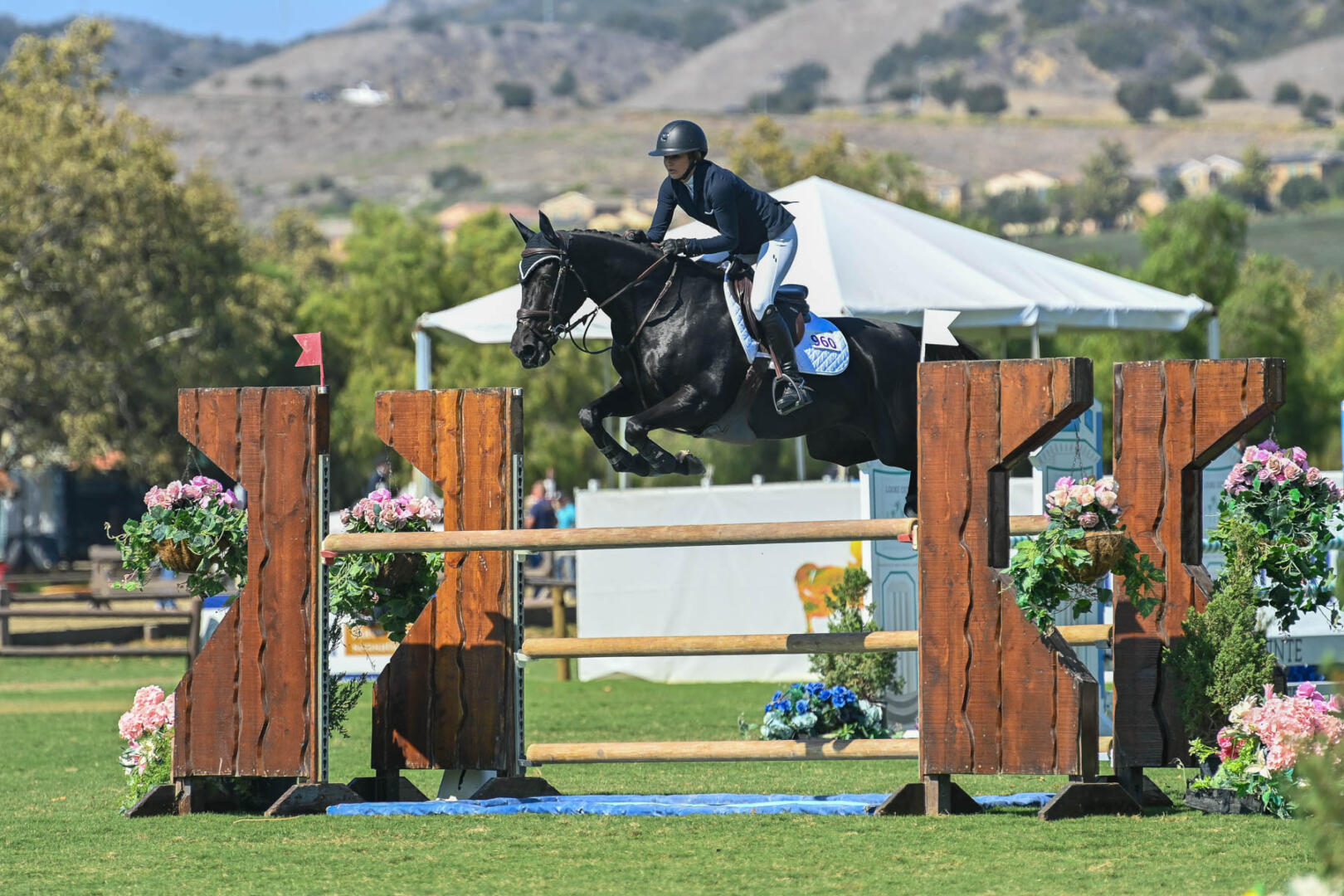 When Horn entered the ring as the sixth rider to return, the time to beat had been set at 37.511 seconds by the very first pair to jump-off, Horn’s trainer, Cassio Rivetti and Kandella. To that point, no riders had come close to besting Rivetti’s time, but Horn and Gochka made it look easy, crossing the finish with more than two and a half seconds to spare.

Stacey Bacheller and Petit Noir returned next to finish on a time of 38.505 seconds that would be good enough for third place, while Rivetti held on to the second-place honor.

Riders like Bacheller and Rivetti may have several years on Horn, but that has never intimated the young rider, who enjoys competing against the likes of her trainer.

“It’s fun to have tougher competition!” said Horn. “I like to be challenged.” 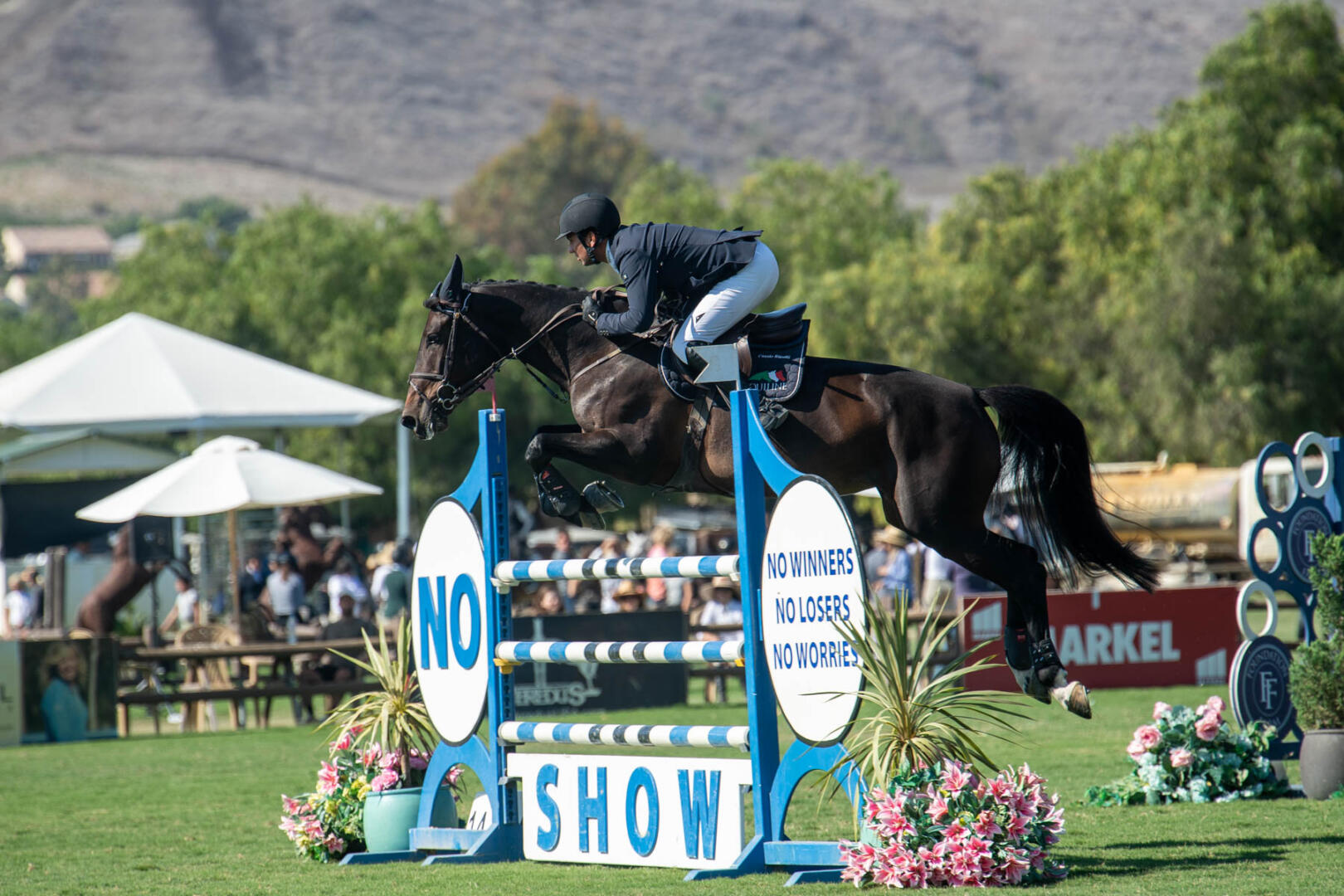 “We started with doing the low jumpers, and now I’ve just started stepping up into the bigger competition,” said Horn. “She’s done nothing but please me. She’s one of the most amazing horses that I’ve ever ridden. She tries so hard every time. She has a small stride because she’s small horse, so getting down those lines sometimes can be a little hard for her. We have to make sure that we start with a really good rhythm. That was kind of what I was focusing on today, making sure that I got a really good rhythm and stayed on that throughout the course.”

Horn now has her sights set on representing the West Coast at the 2022 North American Youth Championships and continuing to contest classes at Blenheim EquiSports. 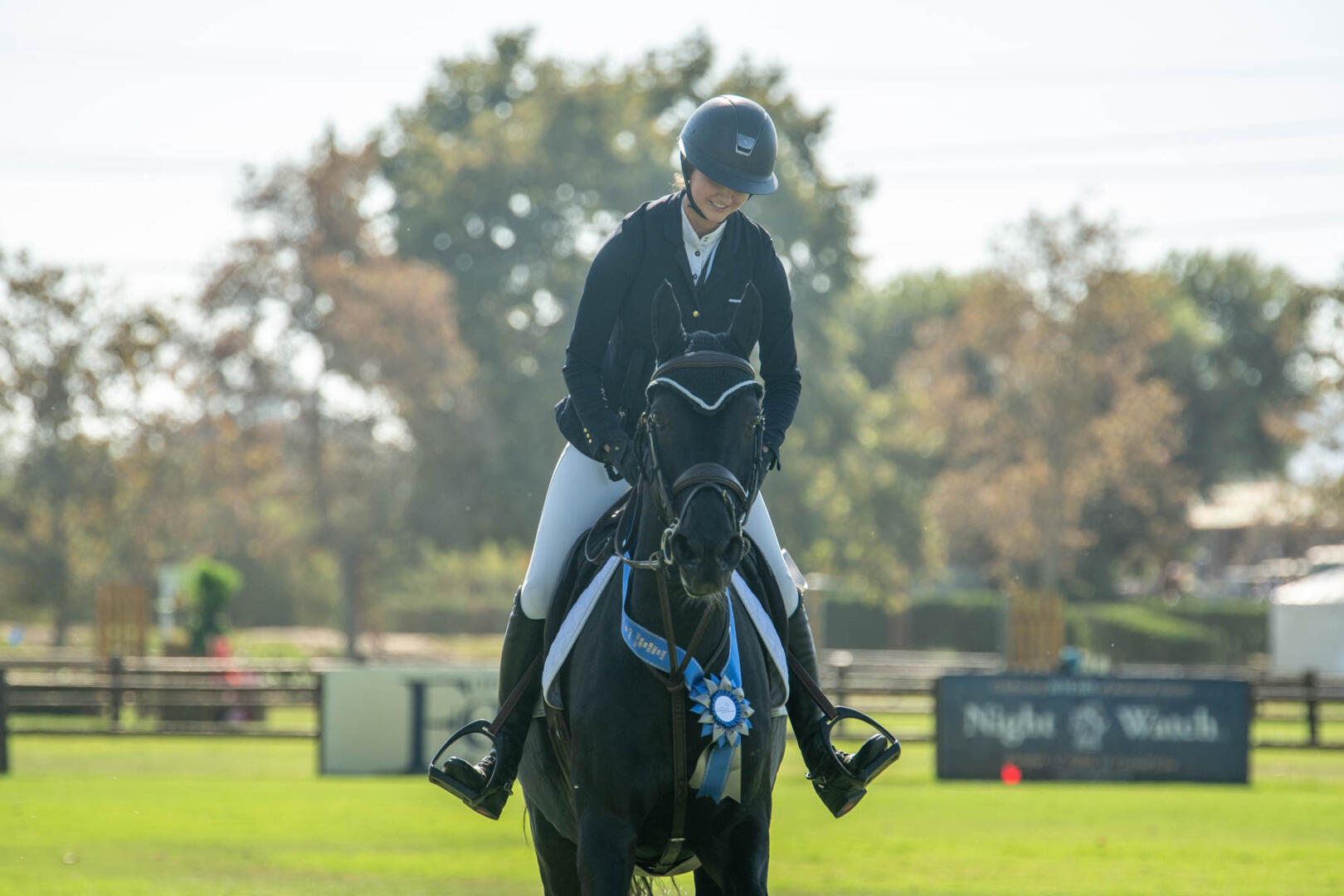